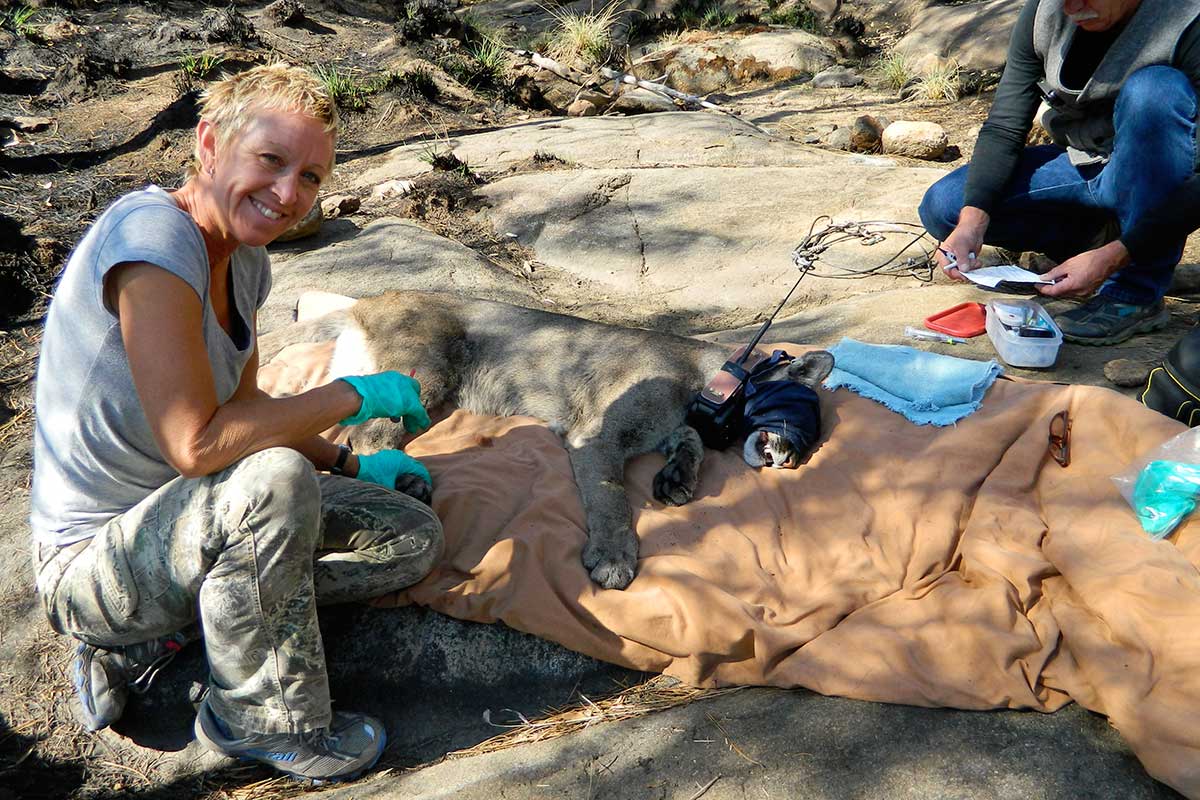 GPS radiocollars are affixed to sedated mountain lions prior to being released. GPS data are downloaded daily via satellites to monitor movements and behavior of mountain lions. 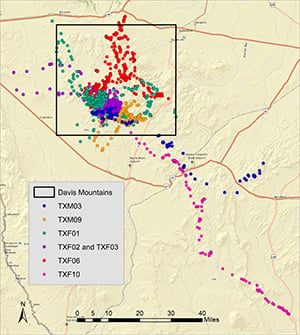 Mountain lions are a wide-ranging species known to move long distances in search of food, water, adequate habitat, and mates. We examined the movements of mountain lions in west Texas to evaluate their movement rates and to describe the dispersal behavior of subadult animals.

When young mountain lions start to become independent, they will often make long-range or “dispersal” movements away from their natal home ranges, in search of a range to establish as their own. We observed long-range or dispersal movements for 7 mountain lions (5 females and 2 males). All except for one, TXF03, were subadults.

TXF03 made a large loop west of her range, along with her kitten, TXF02. They travelled together for 8 days, approximately 25 miles west to within 2 miles of Route 90 before returning back to their normal range. Separately, subadult mountain lions TXF01 and TXF06 made long-range movements to the north, both coming within 2 miles of interstate 10 and then turning around and returning south.

Although mountain lions frequently crossed roads in our study, larger roads with higher traffic volume may have been avoided.

Two mountain lions, TXF10 and TXM03 both successfully left the Davis Mountains. TXF10 dispersed to the south, through the Puertacitas Mountains, before heading farther east toward the Sierra del Carmens. TXF10 was about 90 miles south of her previous range, and nearly across the boundary of Big Bend National Park, when she was killed in a trap. TXM03 travelled southeast, also passing through the Puertacitas Mountains, before turning northeast toward the Glass Mountains, where his collar stopped transmitting.

By continuing to observe the long range movements of mountain lions across the west Texas landscape, we will be able to identify important travel corridors for mountain lions and other species of native wildlife.