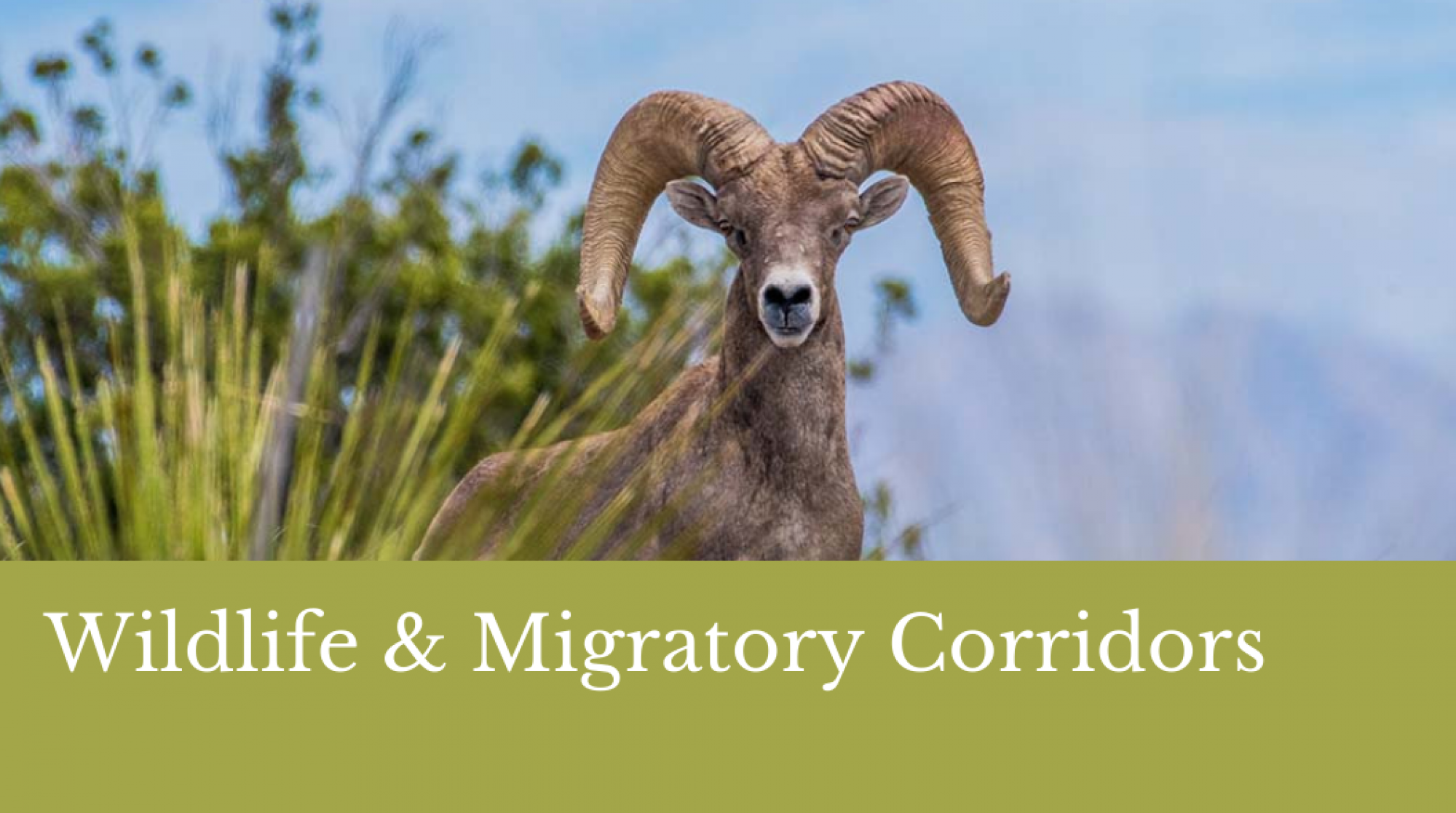 The Chihuahuan Desert is the largest desert in North America, covering close to 200,000 square miles in Mexico and the Southwestern United States. It encompasses the entire Greater Big Bend region of Texas and is one of the most diverse, arid regions in the world with an extraordinary array of both plants and wildlife. Many native wildlife of the area, such as black bears, mountain lions and pronghorn use naturally occurring corridors of the area, or passageways, including those made by mountain ranges, rivers and vast expanses of grasslands. These corridors are critical for sustaining these populations of wildlife and many others.

Wildlife and Migratory Corridors of the Chihuahuan Desert are an essential component of what makes the Greater Big Bend region unique. Together, they were identified as one of the seven shared conservation values of the Respect Big Bend initiative by the Tri-County Stakeholder Advisory Group; a vital group of community members and local landowners of Presidio, Jeff Davis and Brewster counties.

Wildlife
In the Greater Big Bend area, extreme variations in elevation, soil type and annual precipitation provide vastly different habitats and vegetative communities. These habitats host a wide range of wildlife species, many of which are found nowhere else in the state. The greater Trans-Pecos area alone supports over 500 species of birds, some 170 species of reptiles and amphibians and more than 120 species of mammals. Species such as scaled quail, Mojave rattlesnakes, javelina, lucifer hummingbirds, greater short-horned lizards and mule deer can all be seen in far West Texas.

However, some West Texas species are at risk of severe population declines or even extirpation or extinction. Desert grasslands, specifically, are one of the most threatened habitats across the world, and the situation is no different in West Texas. Populations of grassland birds who rely on these habitats, often for overwintering, include Baird’s and grasshopper sparrows. Other species in the Chihuahuan Desert, such as pronghorn, elk and desert bighorn sheep have undergone large restoration efforts over many years to restore populations of decreased or extirpated native populations of the area. Private landowners, Texas Parks and Wildlife Department, U.S. Fish and Wildlife Service and many other supporting organizations are helping to restore grassland habitat which support many wildlife populations that we see in West Texas today.

Migratory Corridors
In the Chihuahuan Desert, pronghorn, elk, desert bighorn sheep and many others, such as black bears and mountain lions, use migratory corridors, or passageways made by features on the landscape. The migratory corridors include mountain ranges, riparian areas and long connected grasslands. These species require connected landscapes for moving between areas to relocate during different seasons, connecting to other populations for breeding, minimizing inbreeding and increasing genetic diversity. Migratory corridors also provide avenues for moving outside of their ranges when forage or habitat are scarce.

However, man-made structures, such as roadways and pipelines, and habitat destruction through urbanization and energy development have disrupted many of these migratory corridors for wildlife across the globe. Because of these man-made structures, it is vital for local landowners, researchers, biologists and developers to work together to conserve these corridors for the long-term viability of our wildlife populations. Check out the research we’ve been doing on defining these migratory corridors in our 2021 Conservation Biology Research Report.

If you’d like to learn more about Wildlife and Migratory Corridors, and how they’re important for the Respect Big Bend initiative, read more here, in our latest Respect Big Bend Report: https://respectbigbend.org/final-report

The Respect Big Bend coalition was launched by the Cynthia and George Mitchell Foundation, and is sponsored in part by the Permian Basin Area Foundation, The Meadows Foundation, and the Still Water Foundation. Find out more about the project at RespectBigBend.org. 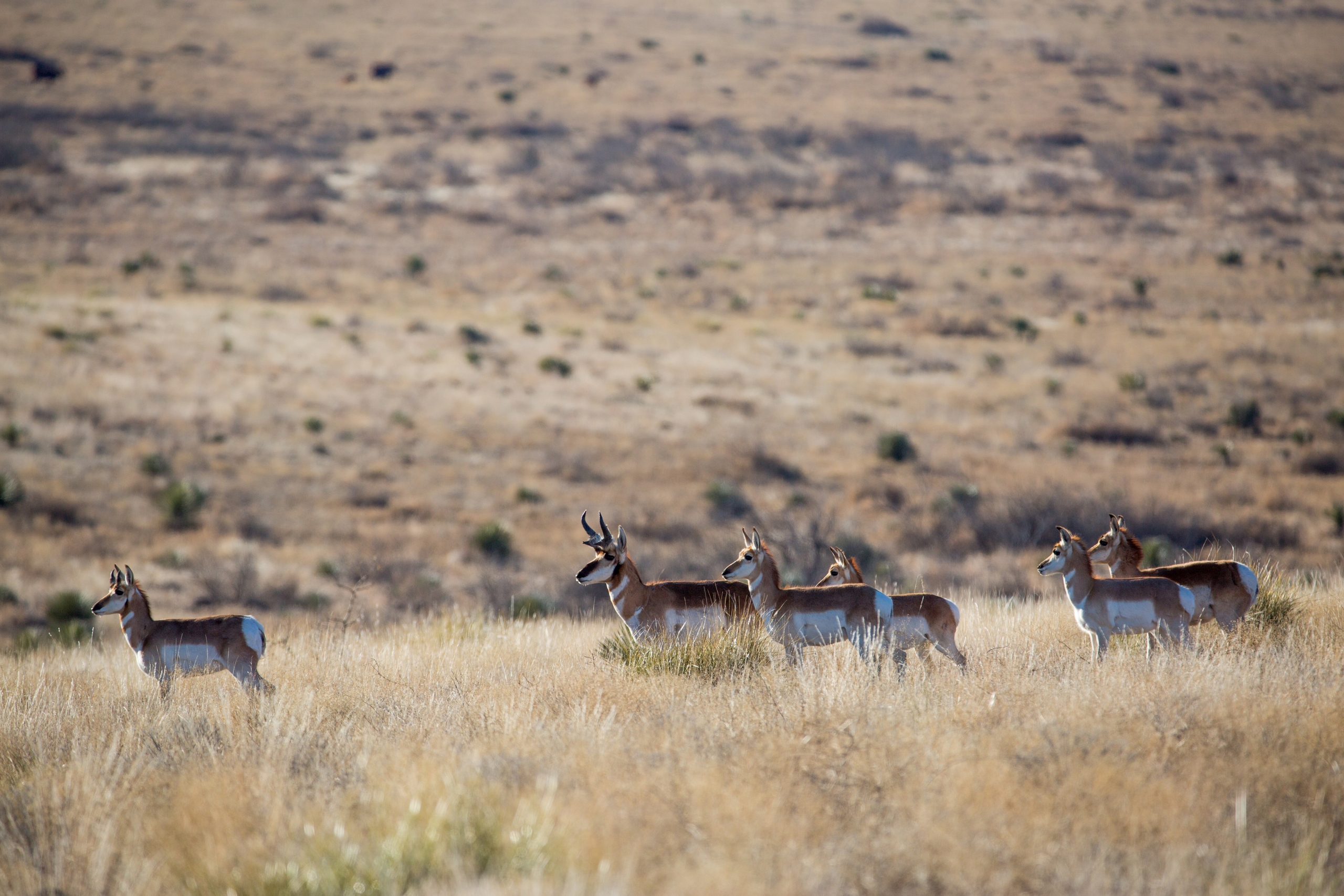 Pronghorn are one specie that uses the grasslands of the Chihuahuan Desert. 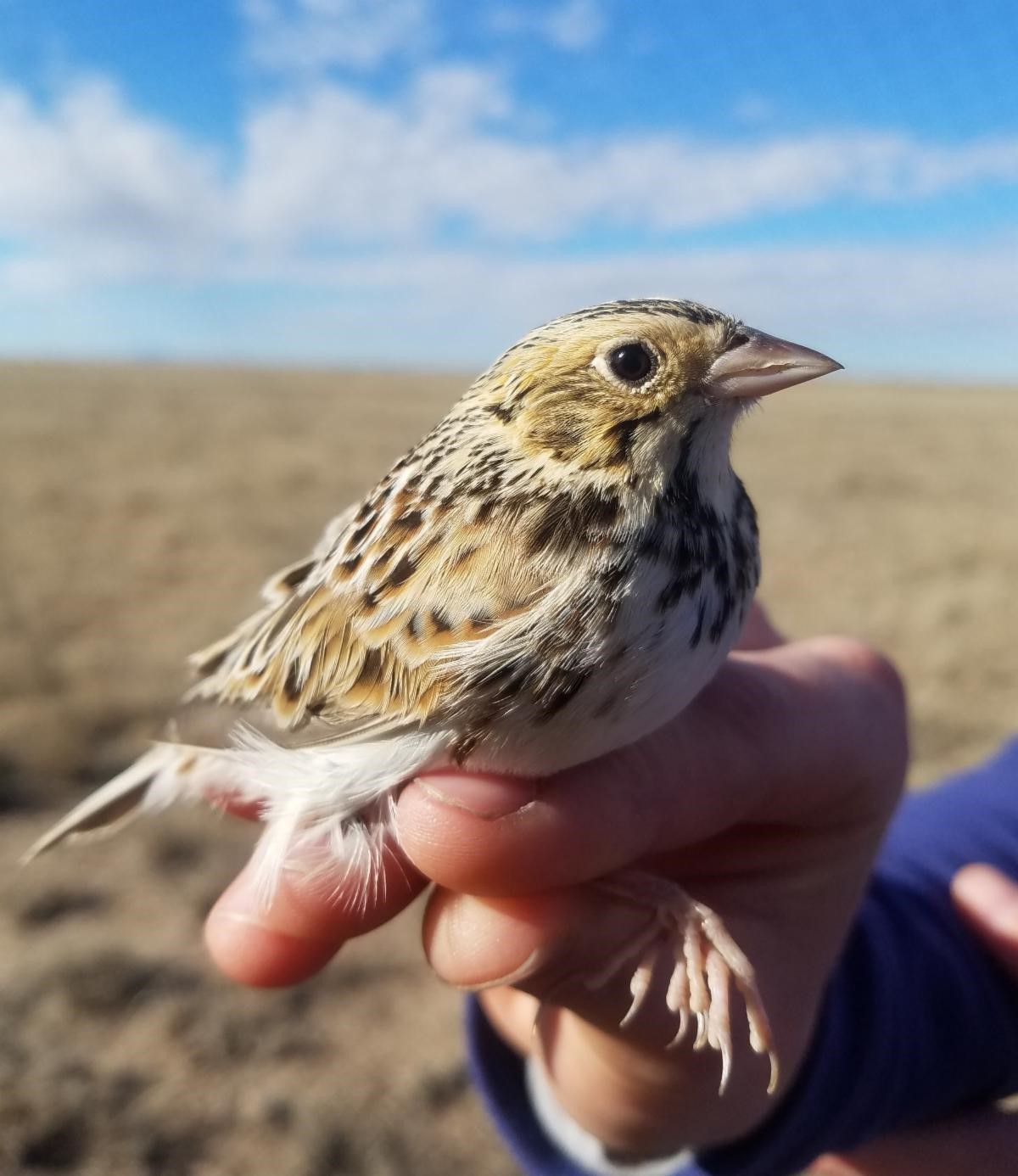 Baird’s sparrow is one of many bird species that uses grassland habitat worldwide. 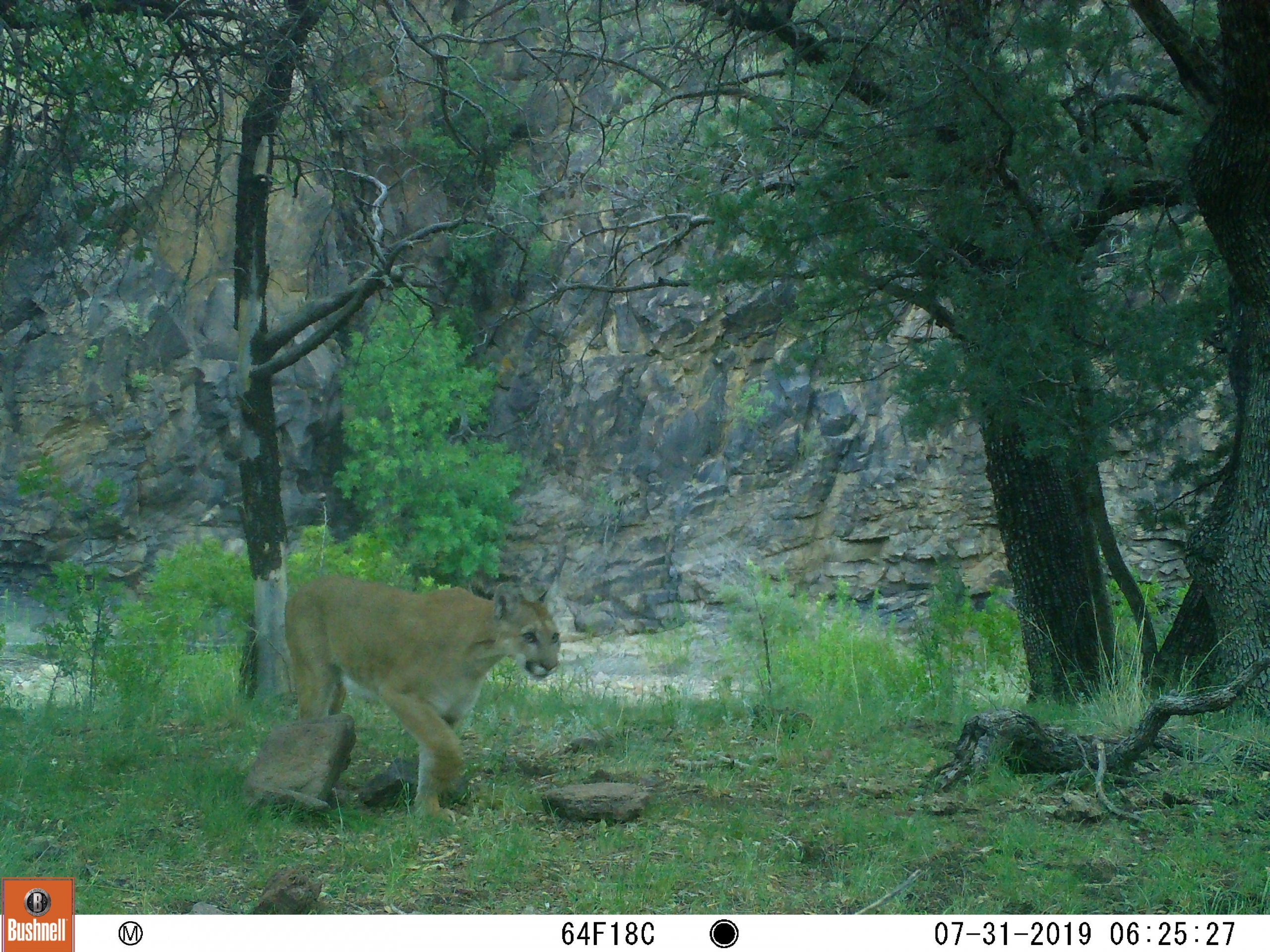 Mountain lions and desert bighorn sheep are two wildlife species who use corridors as “highways” to move between one area to another.
September 13, 2021