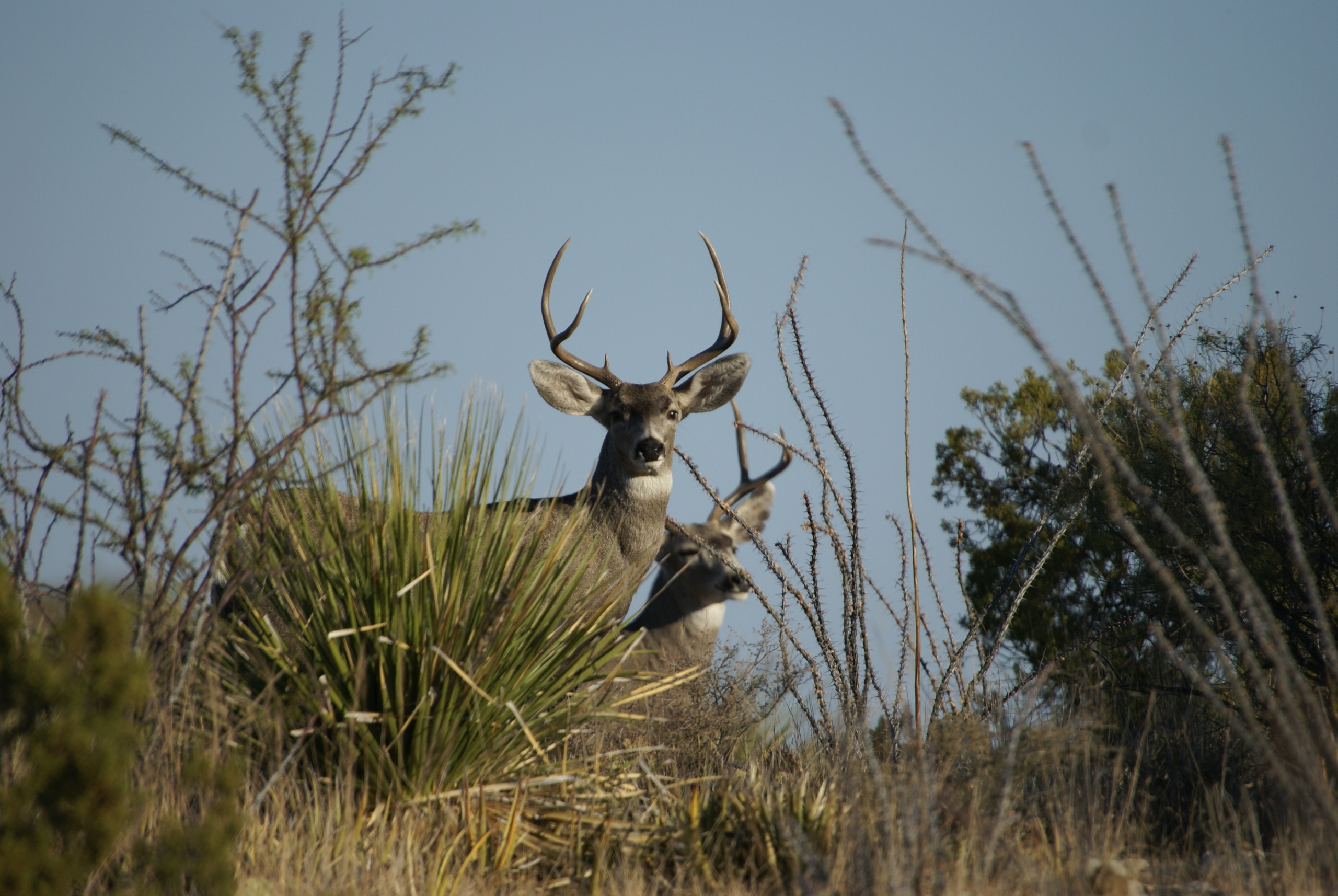 The West Texas Chapter of Safari Club International has made a $10,000 donation to support two wildlife research projects underway at the Borderlands Research Institute (BRI) at Sul Ross State University.

“We’ve supported BRI projects in West Texas for several years now, and our members appreciate making investments in our own back yard,” said Brandon Bredemeyer, Board President of the West Texas Chapter of Safari Club International. “We hunt in West Texas, and we appreciate the work BRI does to conserve the species that are so important to us and to all who appreciate wildlife in Texas.”

The diet study is exploring the impact aoudad sheep are having on native populations of bighorn sheep and mule deer in the Van Horn Mountains in West Texas. Aoudad sheep are an invasive species, and are considered a threat to the success of ongoing desert bighorn sheep restoration in the Trans-Pecos and southern New Mexico, and threaten similar wildlife restoration efforts in other western states as their range expands. Management of aoudad can be a controversial topic, so objective information and quality research are critical to determining feasible and acceptable management strategies that will ensure the long-term survival of native species.

The aging study is exploring new methods of determining the age of wild ungulates. Current aging methods are unreliable at best, despite their widespread acceptance and use. Recent advances have demonstrated the utility of telomere-based aging methods across a variety of species. Telomere is the tip of a chromosome found in all DNA, the length of which appears to correlate to the age of the individual animal. The study currently underway at BRI will validate telomere-based age estimates against an existing set of known and near-known aged tissue samples from three ungulate species. The study will extend the data to provide a framework for estimating ungulate demography from genetic samples.

“Our students are doing cutting edge wildlife research, and we are adding to the knowledge base from which good land management decisions are made,” said Dr. Louis Harveson, who is the Dan Allen Hughes, Jr., BRI Endowed Director and professor of Wildlife Management at Sul Ross State University. “We appreciate the support of the West Texas Chapter of Safari Club International in supporting our work.”

The West Texas Chapter of Safari Club International raises money each year through charitable events and auctions. The next fundraising event is the West Texas Hunting Extravaganza, which will be held on Jan. 15, 2022 in Midland, Texas.