Zoe Carroll has been influenced to pursue a wildlife-related career for her entire life.

“My family did several cross-country camping trips when I was little, and we visited national parks across the United States,” said Carroll. “My mom loved to birdwatch and we enjoyed being outdoors and seeing all of the wildlife in our national parks.”

Her high school teacher in Virginia further fueled the fire.

“I had a really good ecology and environmental science teacher in high school. He really captured our imagination and helped us understand that everything is connected. It was a light bulb moment.”

When she enrolled in college at Virginia Tech, she started on an environmental science track.

“I knew right away that I wanted to get closer to wildlife, and when I realized you could get a degree in that, I switched majors. I was really glad I did.”

After earning a Wildlife Science degree in 2014, Carroll gained experience in a number of places along the Eastern Seaboard, including a national wildlife refuge, where she worked for the U.S. Fish and Wildlife Service (USFWS). That crystallized her career goal.

“My dream job would be a wildlife biologist for the USFWS. I had several mentors who encouraged me. I knew I needed to get a master’s degree, and that was my next move.”

She learned about the Borderlands Research Institute (BRI) at Sul Ross State University and applied to work on a scaled quail project. After her interview, to see the university, she flew from the green wooded environs to which she was accustomed, to the El Paso airport, then a long drive to Alpine.

“It was mind boggling, just all the empty wide-open desert space and just the fact that people own all of this land. As I drove in, I was thinking, ‘What did I get myself into?’ But everyone was so welcoming, and as soon as I got here, I knew I had made the right choice.”

Carroll’s research project is focused on the diet and parasitic aspects of scaled quail throughout its life history. She is expecting to graduate by the end of 2021.

She’s already made her next move, to Monroe, Louisiana, with her partner and fellow BRI grad student Josh Coward, who has accepted a job with the Natural Resources Conservation Service. The couple and their dog are settling in to the next phase of their life.

“I don’t have a job yet, but I’m hopeful,” she said. “There are a lot of refuges and wildlife management areas around here, and I’m going to do whatever it takes to get my foot in the door by interning or volunteering. The mission statement of the USFWS is to conserve our wildlife for the American people. That really resonates with me, and I want to spend my career furthering that mission.” 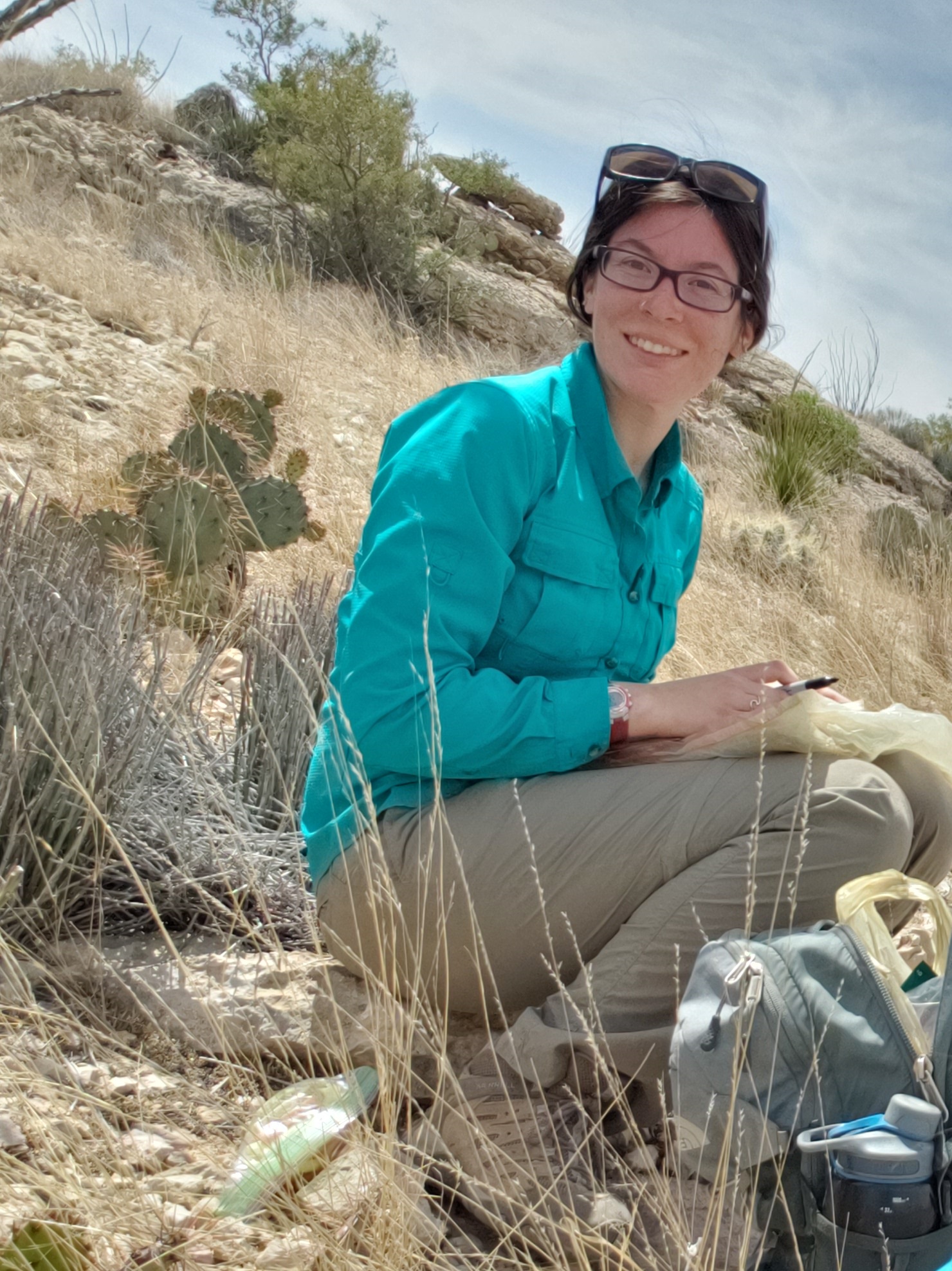