Josh Coward grew up in the small central Texas town of Harper, near Fredericksburg. His upbringing was a little more unusual than that of his Hill Country neighbors.

“I don’t know any other way to put it; my parents were hippies,” said Coward. “We lived off the grid way before it was a thing. We grew our own food, had solar panels that worked most of the time and we also had a rainwater collection system. I remember one time when we went two years without air conditioning. That was pretty miserable.”

His dad introduced him to hunting and fishing for the most basic of reasons, to put food on the table. His family recycled just about everything, and Josh learned to appreciate what it takes to feed a family and keep a roof overhead. His childhood also helped him become more resourceful.

“My family taught me that there is more than one way to deal with people and to solve problems. And if you use your ingenuity and problem-solving skills, you can work your way through just about anything.”

That attitude served him well as he worked his way through college, first earning an Associate of Science degree at Austin Community College in Fredericksburg, then a Bachelor of Science in Wildlife Biology at Texas Tech in Lubbock. He worked as a research technician for Quail-Tech Alliance as he finished up his bachelor’s degree, and also worked as a field biologist for Turner Biological Consulting after he graduated. Then a job opportunity presented itself just a few miles away from home, and Josh applied for a wildlife technician position at the Kerr Wildlife Management Area. The position came with an added benefit along with his work duties: Josh would also be building a dataset for a feral hog graduate research project for Borderlands Research Institute at Sul Ross State University.

“I knew I wanted to pursue a graduate degree, so this was a wonderful opportunity. I applied to Sul Ross and was accepted and began building a dataset for my thesis even before I enrolled in my first class.”

The timing turned out to be fortuitous, because his father was diagnosed with cancer at about that same time. He was able to be close by for his family as his father went through cancer treatment while working at a job that would build his resume and prepare him for grad school. Fortunately, his father’s cancer treatment was successful. Josh moved to Alpine in August of 2018 to finish his coursework and write up his thesis.

“My research project examines how feral pig rooting behavior affects rates of soil erosion and deposition as well as different soil components. I’m also looking into how vegetative communities that have been rooted up reestablish themselves afterwards. We’re documenting what species come back in comparison with non-disturbed plant communities. I’ll be defending my thesis soon and hope to graduate in May or June of 2021.”

Josh is hoping his next move will be to Colorado. “I’ve applied for a data analyst position at the National Wildlife Research Center in Fort Collins, Colorado, and I am really hoping I get it. I’ve gained lots of experience in various programming languages and biostatistical analysis, so I’m hoping to continue working within the wildlife research field.” 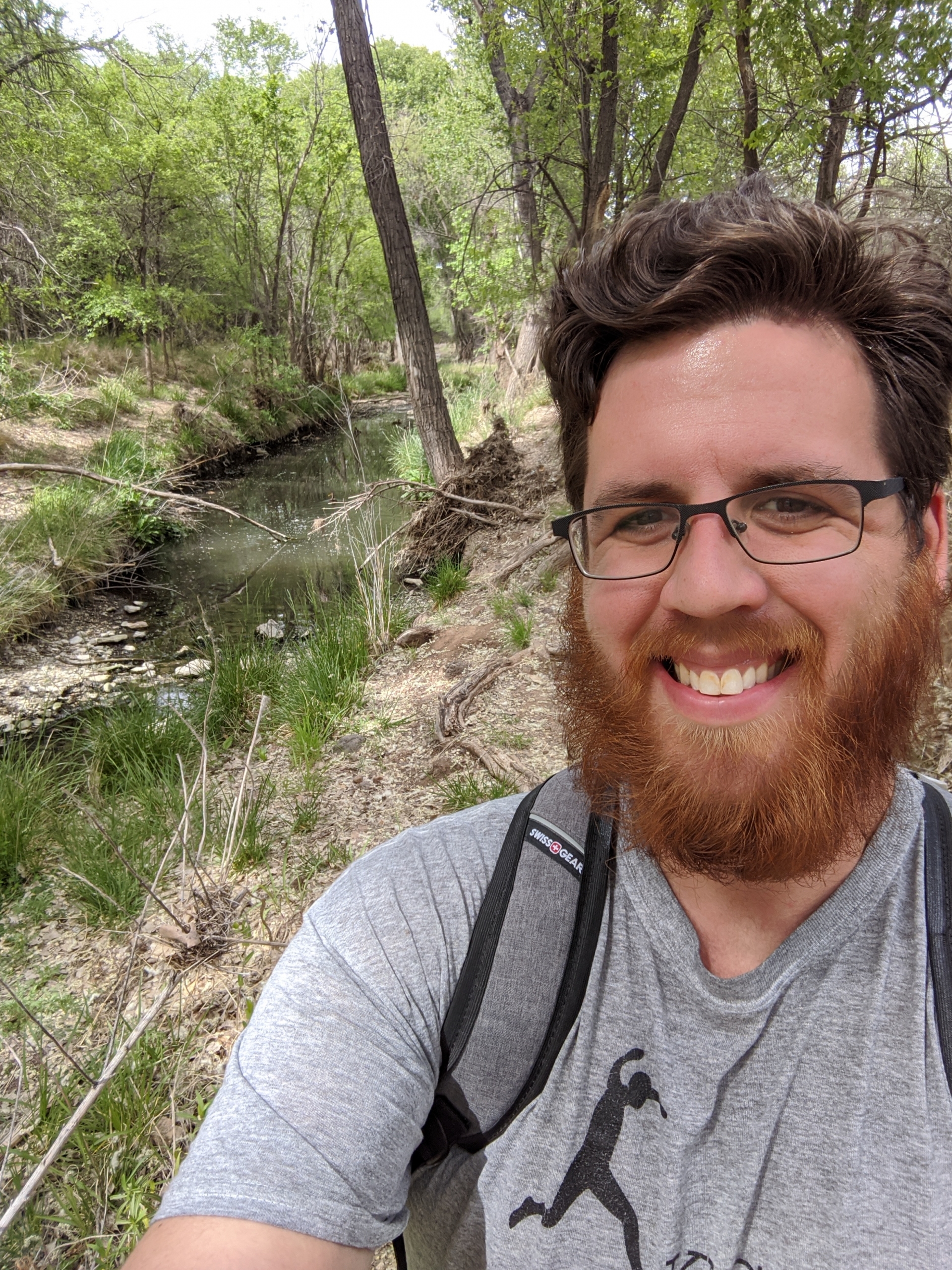