Borderlands Research Institute graduate student Maribel Glass is thrilled to be studying range and wildlife management at Sul Ross State University. You could say she’s been dreaming about it for most of her young life.

She has always been enchanted by animals, and especially birds, since she was a little girl. When she was six years old, she rescued a baby bird that had fallen out of its nest in her backyard. She brought it to her mother, who gently explained that the bird belonged back in its nest. The next day Maribel found remnants of the baby bird, surrounded by feathers, probably a victim of a neighborhood cat. That somewhat traumatic incident just furthered her interest in birds and other wild things, an interest encouraged by her parents.

“I can remember him telling me that in the field I was interested in, I would need a master’s degree for people to take me seriously, that everyone I would be competing with for jobs would have at least a bachelor’s degree,” she recalled. “So, from the time I was in elementary school, I knew I would pursue a master’s degree at the very least.”

Right out of high school, Maribel volunteered with a wildlife rehabilitation center in Houston. She took care of baby birds, feeding them with tweezers and cleaning out their cages. She loved the work and knew she had made the right choice for her educational pursuits.

During the summer between her junior and senior year at Texas A&M-Kingsville, she gained her first field experience as an intern with the U.S. Fish and Wildlife Service at the Yukon Delta National Wildlife Refuge in Alaska. There she monitored common and spectacled eider nests, captured the birds using bow nets and mist nests, and captured and banded ducks with swim-in traps. She loved the work, and her fascination with all kinds of birds continued to grow.

She graduated with a wildlife management degree from Texas A&M-Kingsville in 2016. With degree in hand, she signed on as a volunteer at the Bosque del Apache National Wildlife Refuge in New Mexico. For the next seven months, she gained more valuable experience, including surveying for southwestern willow flycatcher and yellow-billed cuckoo, monitoring New Mexico jumping mice, as well as numerous projects involving monarch butterflies. That volunteer job turned into a paid position there for the next eight months, funded through the Student Conservation Association. Her mentor and advisor at the refuge told her about a master’s research project at the Borderlands Research Institute involving migratory birds. Maribel knew that was the perfect fit for her educational and career goals. She took the GRE, applied, and was thrilled to be accepted as a student for the 2017 fall semester.

“I am honored to be able to continue my studies and pursue my passion for conservation at Sul Ross State University,” she says.

Maribel’s thesis project is exploring the impact on migratory birds of a potentially invasive plant called knotgrass that is proliferating at the Bosque del Apache National Wildlife Refuge. She is working on her second season of field work and will complete her thesis in 2019. She plans on continuing her education in pursuit of her PhD once she graduates. 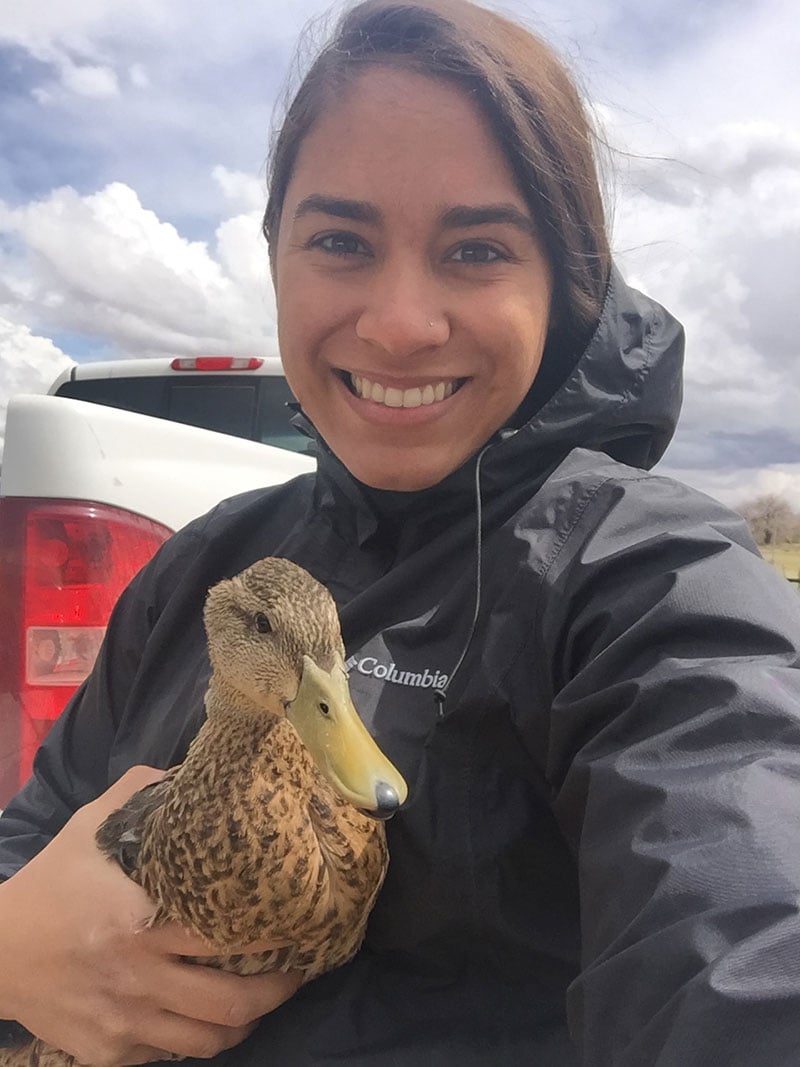