Army veteran Howell Pugh’s path to Borderlands Research Institute has been a circuitous one. After high school he worked with his father at the family’s auto repair shop in Arlington, Texas. When he turned 30, he decided to serve his country and enlisted. He was stationed in Savannah, Georgia, and deployed twice to Afghanistan, serving for seven years. He was a flight paramedic and became a medical trainer, teaching new recruits how to be effective members of a flight crew in combat situations. The life lessons he learned there are serving him well as a graduate student at the Borderlands Research Institute (BRI).

As his service in the Army was winding up, Howell knew his life was at a juncture and a new chapter was about to unfold. He has always been interested in the outdoors, and knew that wildlife biology could be a good career choice for him. After graduating from Texas State University with a degree in wildlife biology, he began exploring graduate programs. When he heard about a graduate research position at BRI that would focus on pronghorn, he jumped at the chance.

Wildlife experts grew very concerned about the plight of pronghorn in West Texas when population surveys in 2012 revealed there were fewer than 3,000 of them left in the Trans-Pecos. Previous surveys had documented populations as high as 17,000. As part of the Trans-Pecos Pronghorn Restoration Project, healthy pronghorn from the Panhandle have been translocated to West Texas in 2011, 2013, 2014, 2016, 2017, and 2018. The animals are fitted with GPS satellite collars, and Howell is analyzing the movement data to learn more about the home range and habitat use of the released animals.

While Howell spends lots of time behind a computer analyzing data, he most enjoys time spent in the field working with area landowners. Recently he worked on fence modifications on a ranch near Van Horn which opened up 75,000 acres of habitat for pronghorn. The importance of modifying fences to facilitate pronghorn movement was a finding from a previous BRI research project.

“Being directly involved in work like that really makes me feel like I am making a difference,” he said. “I really appreciate working with landowners and applying research findings to directly benefit wildlife species.”

Howell will graduate in December 2019 and is looking forward to seeing where his next career move will take him. 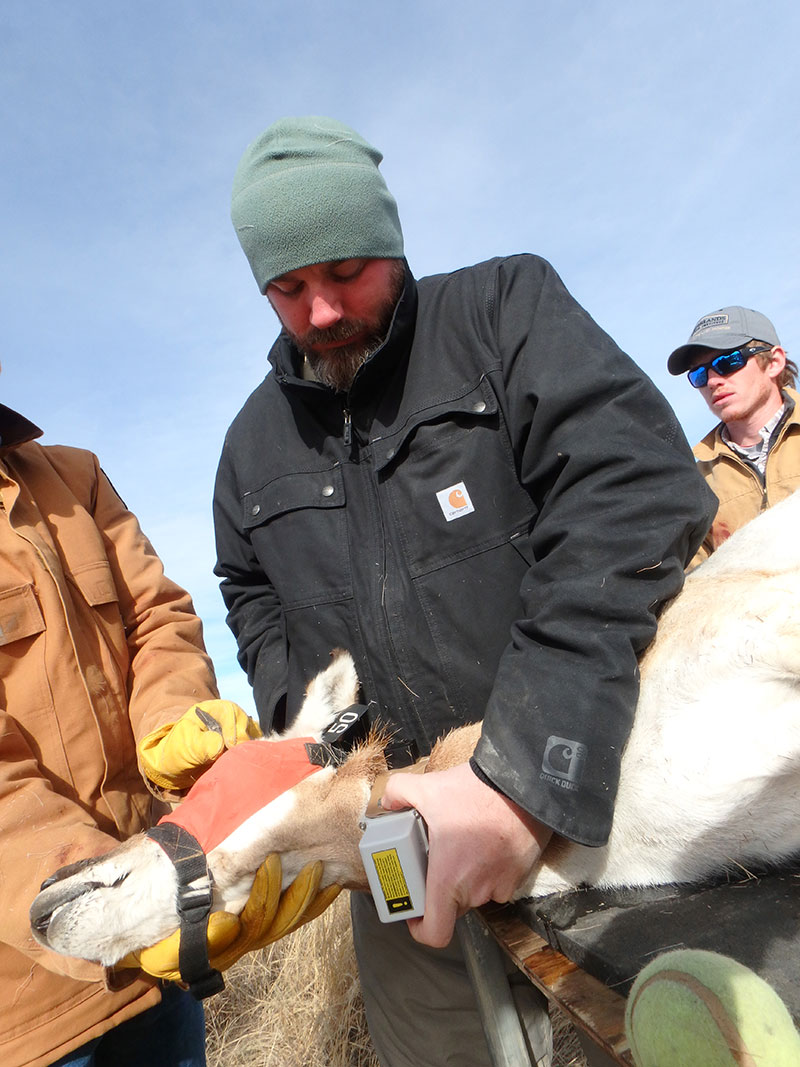