Borderlands Research Institute (BRI) graduate student Fabby Baeza-Tarin has always been attracted to wildlife. When she was younger, you might say it was a fatal attraction.

“When I was little my brother and I would make sling shots and kill just about everything we saw,” she says ruefully. “Birds, snakes, you name it. We killed a skunk once, but not before it sprayed us both. My mom made us stay outside except to sleep for several days.”

Fabby was raised on a ranch in Mexico that has been in her family for generations. Growing up, she helped her dad and brother with ranch chores, from taking care of horses and corrals to working cattle. Her family lived off the land, but droughts made the living very difficult and when she was 11 the family moved to Presidio, where her parents felt they could offer their children more. The family spent every weekend and holidays making the three and a half-hour trek to the ranch to keep it up and running.

“That’s where I learned to love the outdoors and wildlife,” she said. “That exposure to wildlife would eventually lead to my interest in studying wildlife, and I have learned why those things I did as a child were not right. Now I feel like I am making up for those childish pranks when I didn’t know any better.”

In high school, Fabby learned that she could actually pursue wildlife as a career and began looking into college options. She chose BRI at Sul Ross State University because it was close to home and she could be on hand to help her family. Proximity to home also drove her decision to pursue her master’s degree at Sul Ross. Her older sister, who was always an inspiration for her, became ill, and she helped with her care before her sister eventually succumbed to cancer after an almost four-year battle.

Fabby is finishing up her thesis project, which is focused on overwinter habitat use of the Baird’s and grasshopper sparrows in the Marfa Grasslands. She’s planning on taking a few years to pursue employment in a wildlife career before returning to school to complete her PhD.

“One of the things that has really motivated me is the number of accomplished women scientists at the Borderlands Research Institute,” she said. “I never thought a woman could have a career in this field until I came to Alpine. I saw women professors, and female students studying wildlife biology and ranch management and I was like, ‘Wow, I can do this.’”

As her studies have progressed and she has learned more about wildlife and ecosystems, Fabby has shared her knowledge with her family and friends.

“I’ve learned so much about why every animal in an ecosystem is important,” she said. “There’s a lack of education in Mexico. In Mexico, the only good snake is a dead snake, same for a bobcat. I thought my dad and his ranch was a good place to start to show people how all of these animals are important. I’ve had conversations with my dad and my brother and now they are both telling our rancher friends that this species or that species is a good indicator species, and they feel proud to have it at their property. It feels good to have a positive influence on my family. I think I am doing my part.”

Fabby hopes to blaze her own trail in academia after she completes her PhD.

“The only thing lacking in people understanding the world around them is education. If you show them and tell them, they will understand. And that’s what I want to do. A dream position for me would be a teaching position at a university. I want to encourage students who are doing research, and give people like me opportunities. We need more researchers and conservationists and people who care about our environment.” 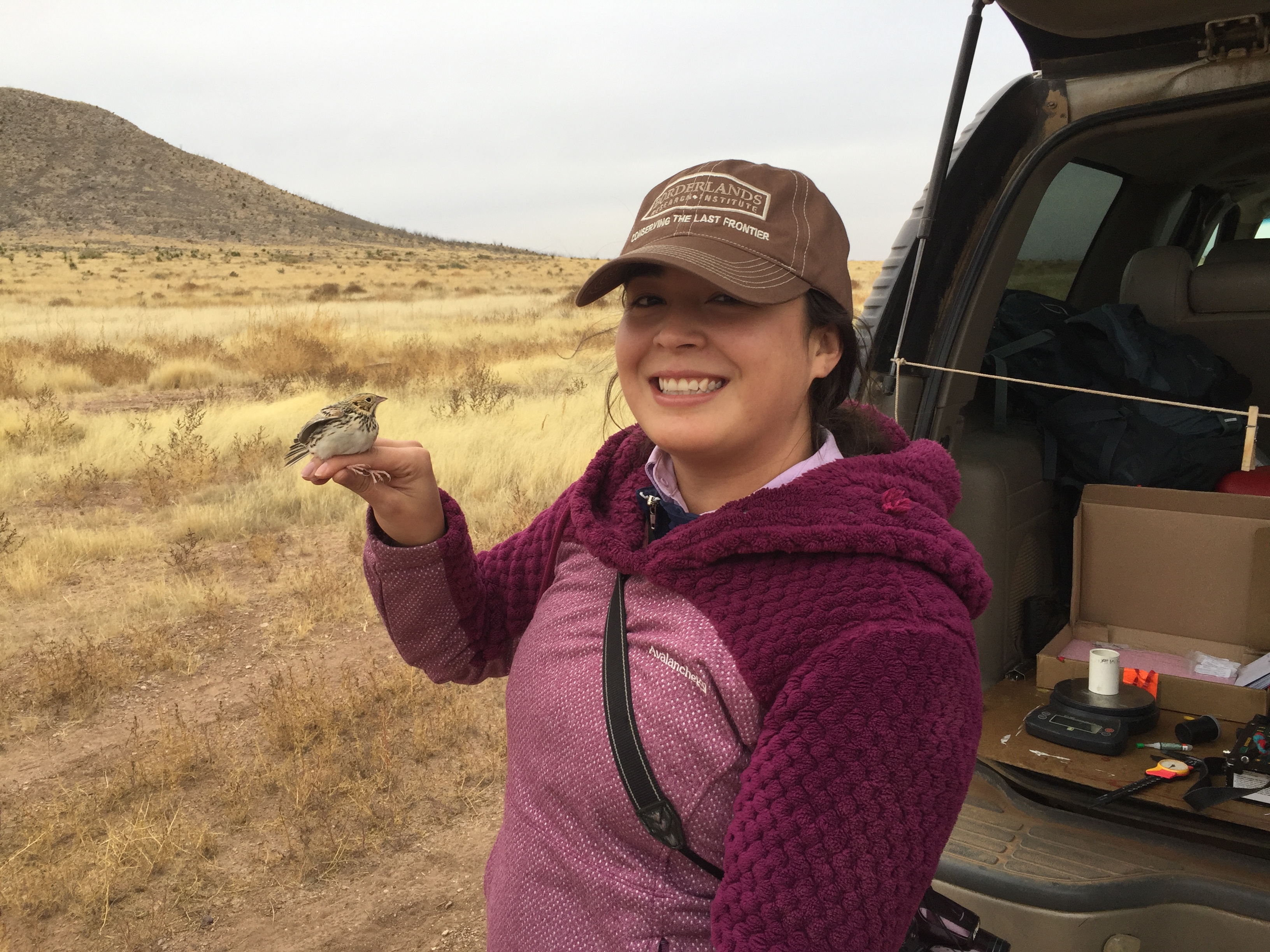