Alex Chávez Treviño has been trying to explain to his family what he studies at school since he first went to college. He earned a bachelor’s degree in Biotechnology and Genomics from Universidad Autónoma de Nuevo León Mexico in 2016. His undergraduate thesis explored genetic diversity markers in grassland sparrows, which led to field technician experience tracking endangered species in the Chihuahuan Desert after he graduated. That led to a job with the Bird Conservancy of the Rockies, which opened several doors for him, including an introduction to the Borderlands Research Institute at Sul Ross State University. He enrolled as a graduate student in 2018, and his thesis project is exploring grassland bird survival and response to shrub removal treatment during the wintering season in West Texas.

“I am the black sheep of my family,” said Alex. “My dad is an engineer, and all the rest of my family has studied engineering or business. Before I came to Sul Ross, I had to try and explain what biotechnology and genomics is. Now I have to explain ornithology and why I like to chase birds!”

Alex grew up in the big city of Monterrey in Nuevo León, Mexico, and didn’t have the opportunity to spend a lot of time outdoors. But his experience as a field technician engendered a love of nature, and his move to West Texas has exposed him to even more. Moving to Alpine from a large cosmopolitan urban area has been a bit of an adjustment for him.

“I’ve never lived in such a small town for such a long period of time, so that has been a bit of a challenge at times,” he said. “On the other hand, there’s not much traffic to deal with, so that’s a good thing.”

Alex has just finished up the field work for his thesis project. He’s studying a couple of different sites on private land which have been subdivided into sections that contrast pristine grasslands with shrubby areas including plants like mesquite. The shrubby areas have been treated with herbicides that only target the shrubs. He’s trying to determine whether grassland birds will re-colonize an area once it’s been treated. The work has involved walking a specific line and recording each and every bird that he sees or hears. As a result, Alex has contributed to a huge database of species comparing grasslands and shrubby areas. He’s also gotten pretty good at identifying birds.

Alex’s project has also taught him about the role that private landowners play in conservation, and interacting with them has helped improve his communication skills. He’s really happy that his childhood interest in biology and science took him on the academic path that led to the Borderlands Research Institute.

“I think it is really important that the Borderlands Research Institute is doing all of this research with conservation of wildlife in mind,” he said. “They know what is happening in the environment and what needs to be done. I’m really happy to be part of this team, and I feel like we’re doing really good work.”

After he graduates with this master’s degree, Alex hopes to continue chasing birds.

“I definitely want to keep working with birds, maybe as a field ecologist in a conservation agency where I can use all the skills I have learned here. I want to use the knowledge I have gained about birds to help preserve them.” 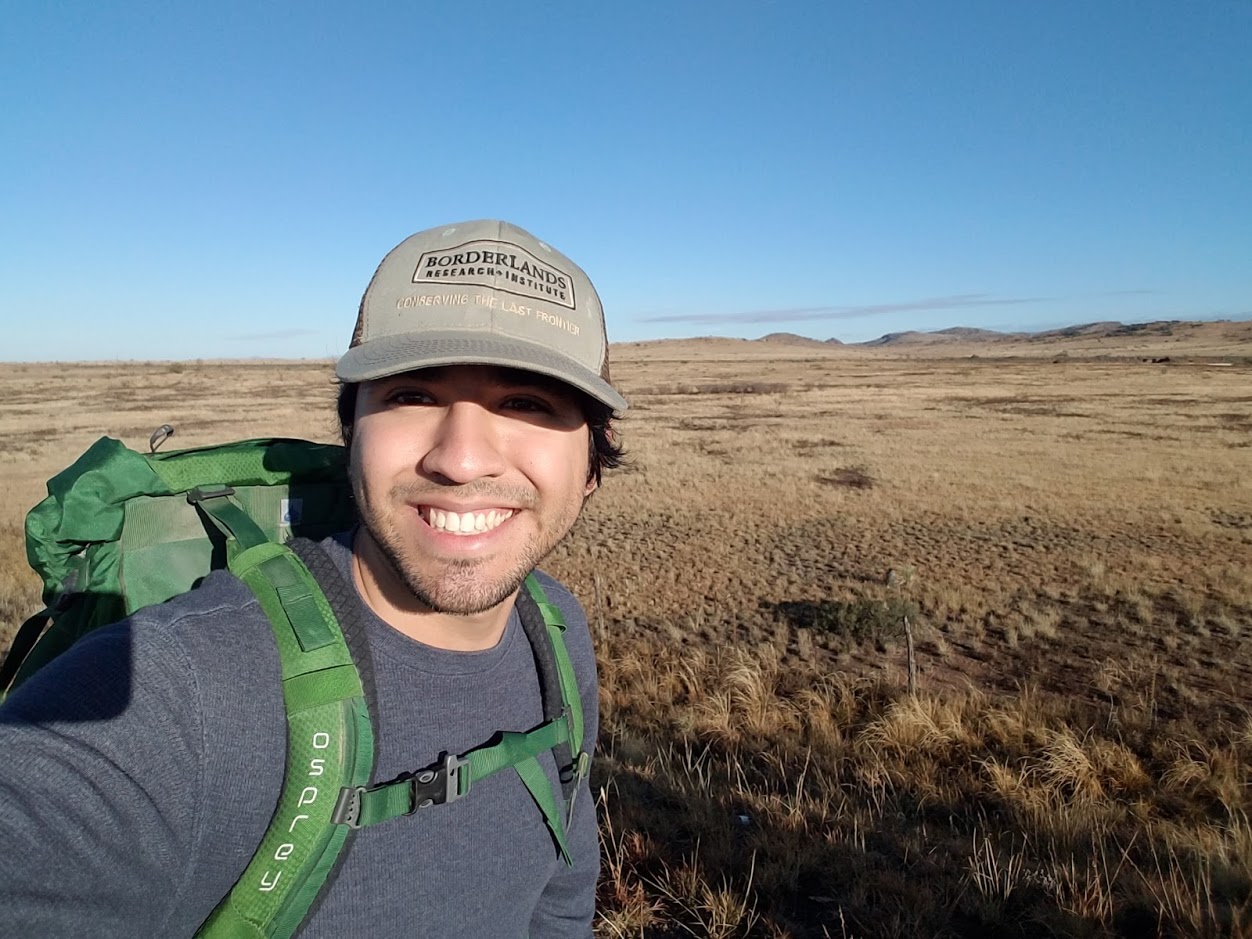 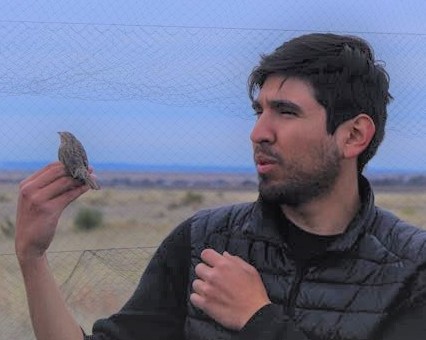 His thesis project is exploring grassland bird survival and response to shrub removal treatment during the wintering season in West Texas.
March 18, 2020