The Trans-Pecos region of Texas has four species of quail: the scaled quail, Gambel’s quail, Montezuma (Mearns) quail, and northern bobwhite. The northern bobwhite is primarily found east of the Pecos River, whereas the other three species of quail are found in the desert mountains, along the Rio Grande, and throughout the Trans-Pecos, for the Montezuma quail, Gambel’s quail, and scaled quail, respectively.

Quail are experiencing population declines across much of their range, and anthropogenic influences such as habitat loss and fragmentation are thought to be some of the factors. Another possible factor influencing quail population declines are parasites. Currently, little research regarding parasites has been conducted in the Trans-Pecos; however, it is thought that parasites could be influencing range, health, reproduction, and survival of scaled quail, Gambel’s quail, and Montezuma quail in the region.

Parasites of concern in the Trans-Pecos include two helminths, specifically Oxyspirura petrowi (eyeworms) and Aulonocephalus pennula (cecal worms). When present in quail, the eyeworm resides underneath the eyelids, nictitating membrane, and in the orbital cavity and other ocular tissues of an infected host. In an infected host, cecal worms are found primarily in the ceca, two pouches that connect at the ileocecal junction, where the small and large intestines join.

With this project we are collecting scaled quail—and, opportunistically, Gambel’s quail and Montezuma quail—from across the Trans-Pecos region to determine parasite loads in each of these three species. We have collected over 650 scaled quail, eight Gambel’s quail, and three Montezuma quail thus far. Eyeworm and cecal worm loads are also being analyzed with respect to the precipitation gradient in the region and whether or not properties provide supplemental feed.

Understanding how parasite loads are impacting quail in the Trans-Pecos will allow managers to identify factors that could be influencing quail declines and might lead to innovative ways to bolster current populations. 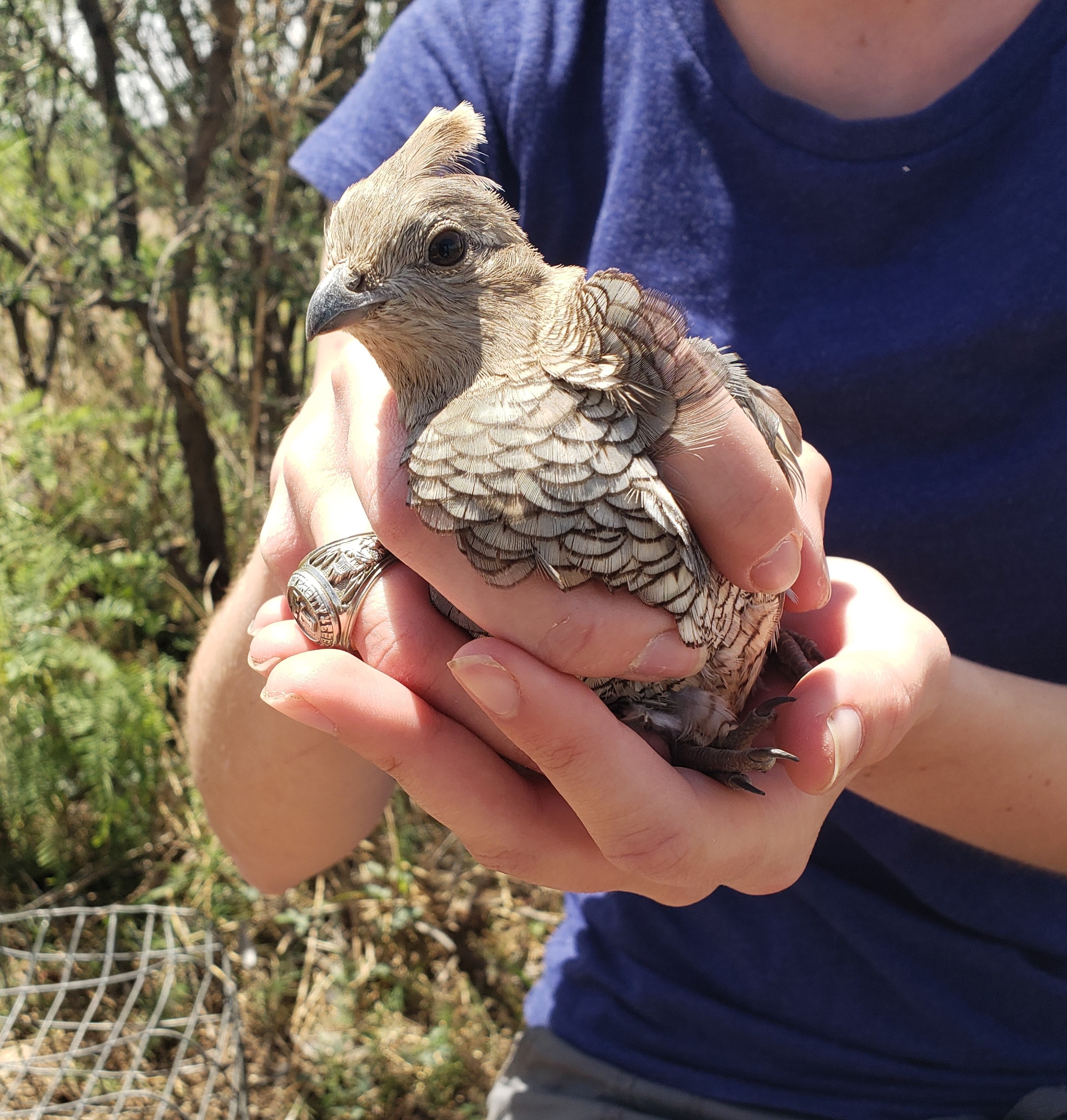 Over 650 scaled quail were captured during this project. 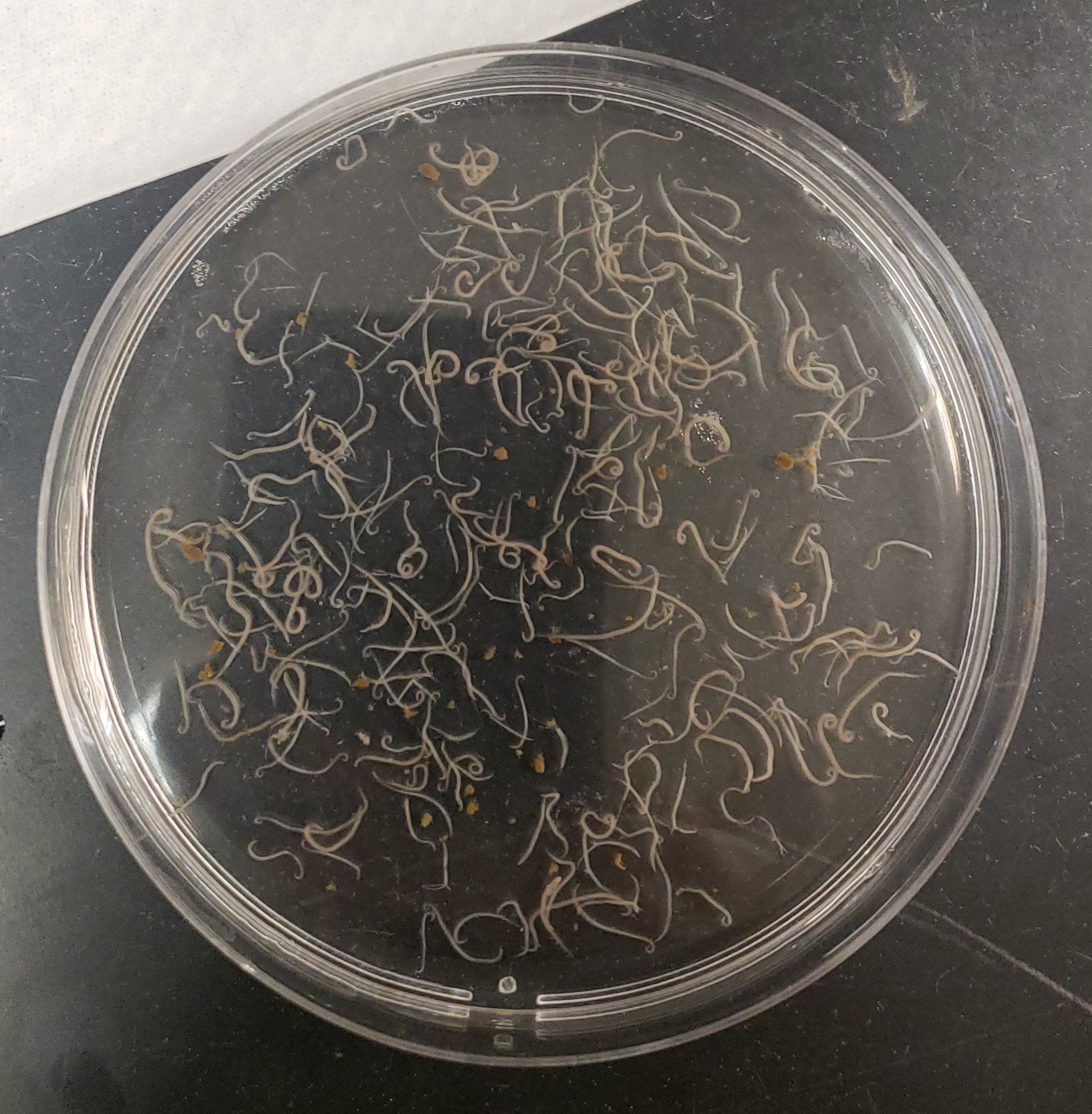 This image shows cecal worms that were collected from a scaled quail.
July 6, 2020