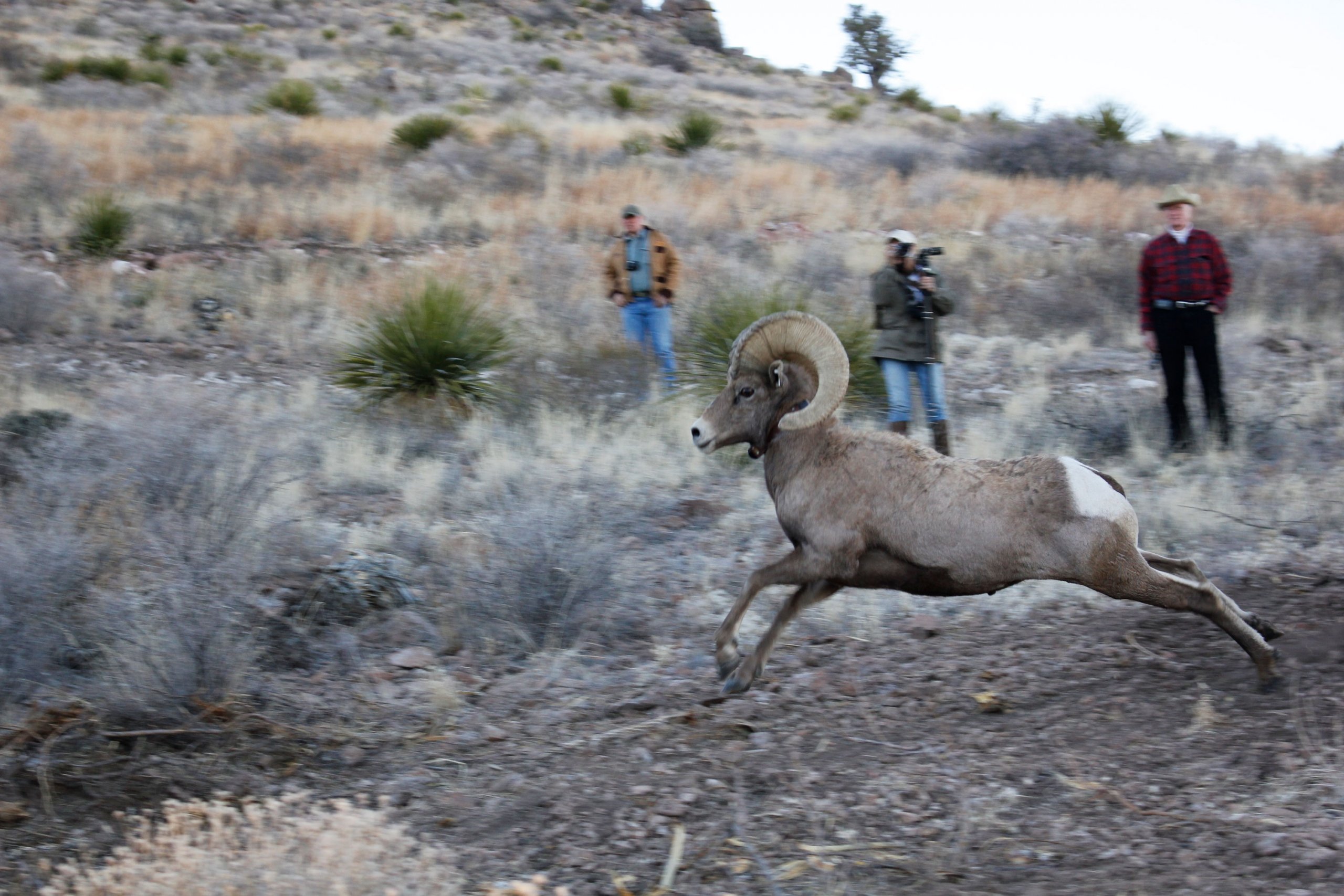 Desert bighorn sheep once occurred throughout the Trans-Pecos region of Texas, and were distributed throughout 16 mountain ranges with an estimated population of 1,000–1,500 individuals during the 1800s. However, by the 1930s the population was estimated at approximately 300 individuals and their distribution had diminished to only four mountain ranges (Baylor, Beach, Carrizo, and Sierra Diablo Mountains). By the 1960s, it is believed that desert bighorn sheep had been extirpated from Texas.

To initiate restoration efforts, Texas Parks and Wildlife Department (TPWD) began desert bighorn sheep translocations by bringing individuals from other states and Mexico during the 1960s. While translocations have been used in the past for restoration efforts, they inversely have the potential to fail due to capture myopathy, disease, post-release predation, and dispersal. Despite the challenges, continuous efforts have been made to improve translocation success. As part of translocation management strategies, desert bighorn sheep may be released by means of two different methods: 1) hard-release (i.e., translocated animals released immediately onto landscape) or 2) soft-release (i.e., released into an enclosure for an acclimation period before being released onto the landscape). Soft-release is usually preferred because it is thought to maintain site fidelity and aid in post-release survival, although it has been documented that some species have in fact shown a decrease in survival post-release.

For many years BRI has partnered with TPWD to study translocated desert bighorn sheep populations throughout the Trans-Pecos. With this project we are starting to look into the differences among resident, hard-, and soft-released populations, following translocation. We captured and equipped desert bighorn sheep with GPS radio-collars during October 2017 and December 2017, with the first capture being resident individuals and the latter being hard- and soft-released translocated individuals. We monitored their survival for two years and documented cause-specific mortality.