Barbara Sugarman grew up in sunny San Diego and spent as much time outdoors as she could on the public land trail system adjacent to her neighborhood. Her father instilled a love of nature in her, and family trips to national parks enhanced her interest in the environment.

Barbara’s interest in furthering her education was also home-grown. Her father has a PhD in biochemistry, her mother earned a master’s degree in oncology nursing, and her older brother recently achieved a PhD from Cambridge in Southeast Asian history.

“There was never any question about whether I would go to college,” she said with a laugh. “My family encouraged me to choose a field of study that would keep me engaged with what I am most interested in.”

Her first higher education foray took her to Flagstaff and Northern Arizona University, where she earned a Bachelor of Science in Forestry in 2014. She earned a Wildlife Ecology and Management Certificate, as well as an International Forestry and Conservation Certificate.

Her professional experience began in 2011 with an internship for the Grand Canyon Wolf Recovery Project. That year also marked her first exposure to prairie dogs as a volunteer at Habitat Harmony in Flagstaff, where she helped translocate Gunnison’s prairie dogs from a future construction site to public land. That experience would eventually lead her on a path to Alpine and the Borderlands Research Institute at Sul Ross State University.

Barbara finished her undergraduate degree while gaining field experience as an ambassador at a wildlife park, a research intern at an entomology lab, a ranger intern at a state park and a volunteer for numerous other wildlife-based organizations. All of those experiences positioned her for her first full-time professional position as a Wildlife Technician I at the Utah Division of Wildlife Resources. She was quickly promoted to Wildlife Technician II and worked on a variety of projects, including trapping and collecting data on Utah prairie dogs.

Her experiences and mentors enhanced her interest in wildlife biology, and Barbara realized future career success would depend on furthering her education. She began shopping around for graduate programs, and when she learned about an opportunity to study prairie dogs in Texas, she went for it.

“My thesis involves translocating black-tailed prairie dogs to see what works best,” she explained. “We have moved more than 200 prairie dogs in September and October of 2018 from a well-established colony near Marathon to a private ranch near Alpine. Now I am monitoring their progress to see how they are doing. The landowner has been wonderful to work with.”

Because of limited funds for the projects, the animals were not tagged for electronic monitoring. Barbara regularly visits the translocation site to count them, observe their movements, and check for signs of predators. At the time of publishing (March 2019), things were looking pretty good.

“As far as I can tell so far, they’ve done quite well. They are digging natural burrows, which is a really good sign,” she said. “A complex natural burrowing system is their main protection from predators.”

“I anticipate that many of the females are pregnant right now,” she said. “That is another very positive sign. Of course, with wildlife, anything can happen. But I am hopeful that the project will be a success.”

Barbara will be collecting data until October 2019, will defend her thesis shortly after that, and will graduate with her master’s degree in December 2019.
“I plan on spending my professional career protecting the wildlife I love,” said Barbara. “My dream job would be to work as a wildlife biologist for the U.S. Fish and Wildlife Service, with a focus on threatened and endangered species.” 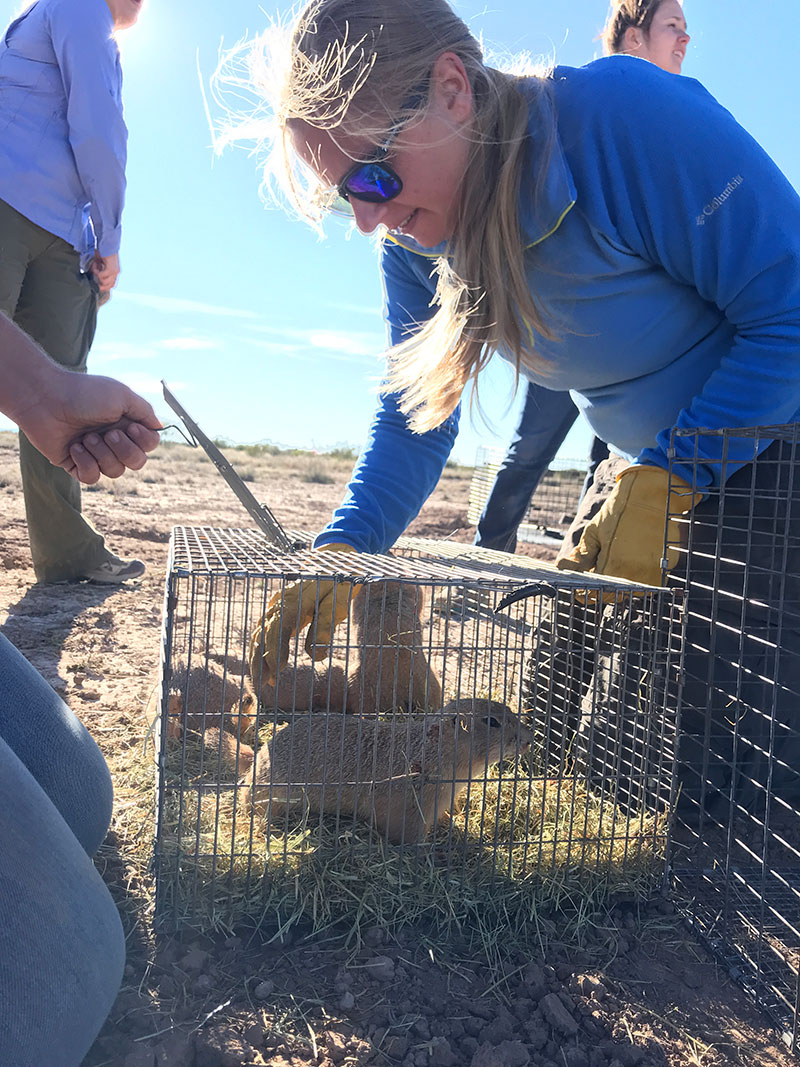