NFWF and ConocoPhillips Award SPIRIT of Conservation Grant to BRI 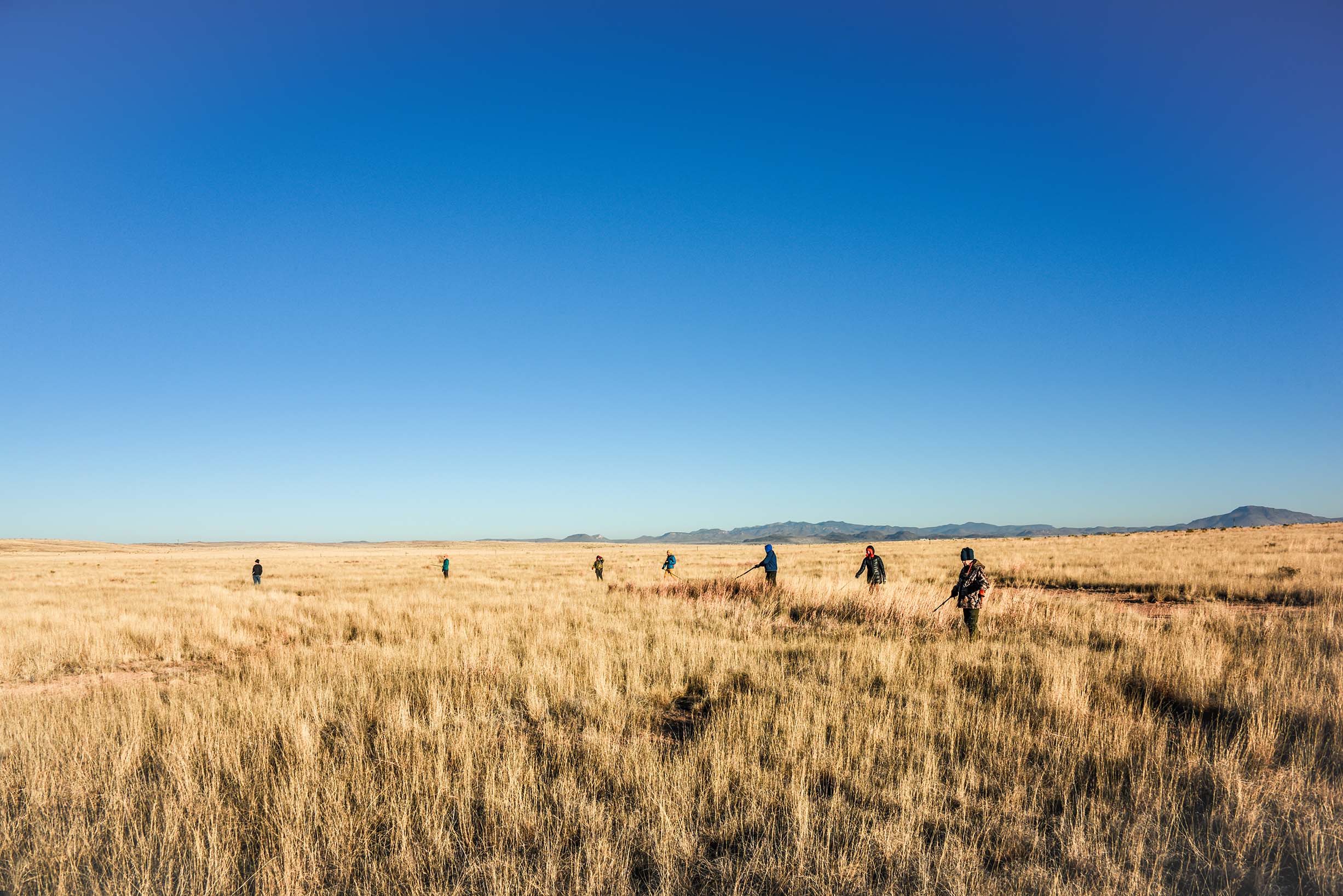 ALPINE TX – The National Fish and Wildlife Foundation (NFWF) and ConocoPhillips has awarded a grant of more than $180,000 to the Borderlands Research Institute (BRI) for a grassland restoration project that will benefit wintering grassland birds in the Trans-Pecos.

The grant was awarded through the ConocoPhillips SPIRIT of Conservation Program, a partnership between NFWF, ConocoPhillips and the U.S. Fish and Wildlife Service. With a goal of conserving and recovering populations of imperiled birds, the partnership supports work to improve the quality and connectivity of important bird habitats and accelerate innovations for understanding bird conservation needs across their ranges.

The $180,674 grant will fund brush treatment of approximately 3,500 acres of private land in the Marfa and Marathon grasslands of Texas, which are critical wintering habitat for migratory grassland bird species such as Baird’s sparrow, Sprague’s pipit, chestnut-collared longspur and McCown’s longspur. The grant will leverage private funding from landowner and conservation partners dollar for dollar, effectively doubling the impact of the grant.

“The restoration of desert grasslands is a nexus for conservation for the Borderlands Research Institute,” said Dr. Louis Harveson, who is the Dan Allen Hughes, Jr., BRI Endowed Director and Regents’ Professor of Wildlife Management at Sul Ross State University. “We have built a team of experts spanning our core conservation programs including BRI experts in habitat/rangelands, big game, bird conservation, stewardship services, and conservation biology. We are grateful to receive this SPIRIT of Conservation grant, which will allow us to maximize efforts to restore grasslands in West Texas.”

The new grant will amplify efforts to restore thousands of acres of grassland habitat in West Texas. BRI is working with private landowners to restore more than 12,000 acres of desert grasslands in the Marfa Plateau and Marathon Basin through a variety of funding sources.

Since 2005, ConocoPhillips, NFWF, and the U.S. Fish and Wildlife Service have invested more than $13.9 million in projects through the SPIRIT of Conservation Program. Grantees have provided an additional $30.5 million in matching contributions for a total conservation impact of $44.4 million. As results of these investments, more than 503,000 acres of important fish and wildlife habitat in 13 states have been conserved or restored.

A complete list of the 2020 grants made through the ConocoPhillips SPIRIT of Conservation Program is available here.

“We congratulate this year’s SPIRIT of Conservation Program winners and their deep commitment to avian species and habitat conservation,” said Natalie Riley, director of Community Relations at ConocoPhillips. “With the number of grassland birds in steep decline and their habitat under significant threat, projects such as these are essential for saving these species and restoring the ecological balance.”