Mountain lion research conducted by the Borderlands Research Institute (BRI) at Sul Ross State University is featured in a short film produced by Texas filmmaker Ben Masters that is an official selection of National Geographic’s short film showcase. The film, “Lions of West Texas,” may be viewed on National Geographic’s website at the following link: https://video.nationalgeographic.com/video/short-film-showcase/see-why-the-mysterious-mountain-lion-is-the-bigfoot-of-big-cats

Masters followed in the footsteps of BRI researchers who are studying various aspects of the mountain lions that roam West Texas. Over the course of several months, Masters gathered film footage, interviewed scientists, and created a short film chronicling some of the findings.

“The research data that Borderlands Research Institute is collecting is definitely worthy of National Geographic coverage,” said Masters. “They’re on the cutting edge of wildlife research and are slowly unravelling some of the ecological mysteries that have fascinated Texans for centuries. I look forward to seeing how the data they collect will impact the future of Texas landscape conservation and wildlife management.”

BRI began the research project in 2011 after area landowners began asking questions about mountain lions and their role as apex predators in the Davis Mountains. Over 95% of the funding for the project came from private citizens and foundations. So far, researchers have captured and collared 25 adult and sub-adult cats in the Davis Mountains of West Texas and Big Bend National Park. The satellite GPS collars document the location of the animals every three hours and the information is transmitted to BRI computers daily.

Research objectives include learning more about predator-prey dynamics, diet composition, and use of lion kill sites by scavengers such as vultures and coyotes. Researchers are also evaluating the most efficient and effective way to determine density and population size. Testing techniques include using various types of cameras and studying the animal’s droppings (scat). Early findings include some encouraging news about mountain lions and feral hogs.
“While looking at prey selection by mountain lions, we were pleased to note that nine percent of all kills that we investigated were feral hog,” said Dr. Patricia Moody Harveson, who is the BRI research scientist leading the study and a Professor of Conservation Biology at Sul Ross University. “Feral hogs are a relatively new invasive species in the Davis Mountains which cause a lot of damage, so it’s good to see that mountain lions are helping to reduce their numbers.”
BRI fields numerous questions from landowners about how often mountain lions kill livestock. The study investigated more than 200 kill sites in the Davis Mountains.

“We suspected that depredation on livestock was low, but were surprised that out of all of the sites we investigated, no livestock were found,” said Harveson. “This doesn’t mean that they are never killed by mountain lions, but it does suggest that in the Davis Mountains, livestock depredation is rare.”
Bert Geary is a BRI research technician working with Harveson on the study. He worked closely with Masters during the field shoots for the film. The film premiered during the recent Wild Texas Film Tour through 13 Texas cities.

“I can really see Ben Masters’ passion about mountain lions shine through in this film,” said Geary. “It was really interesting and exciting to be a part of this documentary and to see how it grew from some rough ideas into the finished film. Being part of the Wild Texas Film tour and getting to talk about mountain lions and answer questions about them with so many differing people has been a great experience.”
In just over a week, “Lions of West Texas” has garnered over one million online views.

“It is truly an honor to help tell their story and spread their research with a film,” said Masters. “I just hope they keep letting me tag along with a camera!” 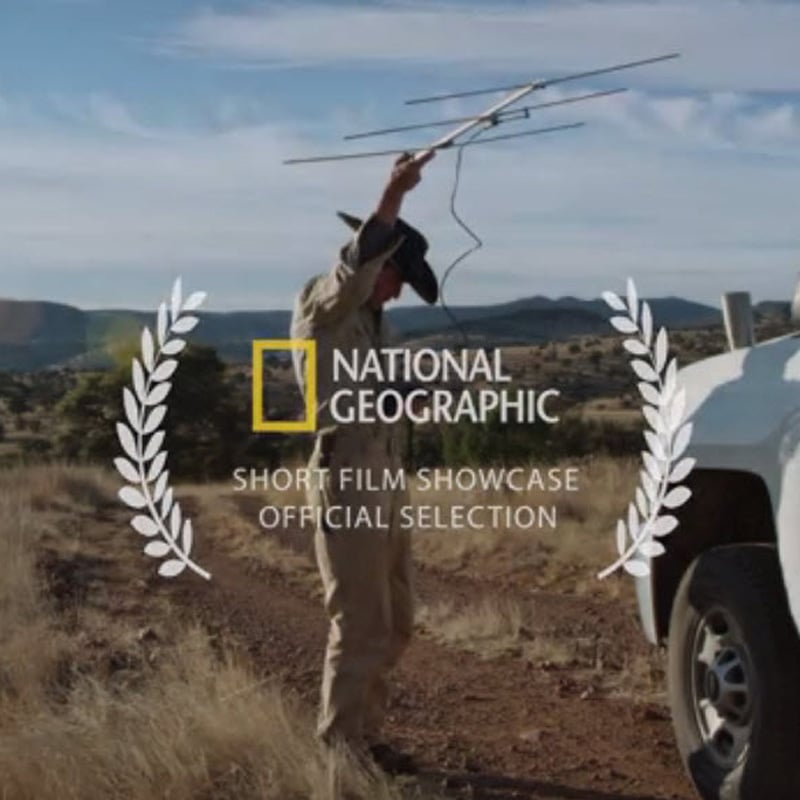