By Steve Lang, News and Publications
Published in Odessa American on February 21, 2018

Researchers from TPWD, the BRI, Texas Tech University and the Caesar Kleberg Wildlife Research Institute at Texas A&M-Kingsville are participating in the extensive study on the effects agriculture has on mule deer in the Texas Panhandle. “This project is really unique because of all of the collaboration between universities, agencies, and landowners,” Thomas Janke, BRI research associate, said.

TPWD recently released a video highlighting the research efforts. The video aired on PBS (Public Broadcasting System) in late December. Janke and Sul Ross graduate student researcher Jacob Lampman, Marion, are featured in the video along with other team members, which may be viewed at: https://www.youtube.com/watch?v=pU4-Hw-l_zY

Researchers hope to determine the effect of agriculture on mule deer movements, diets, body condition, reproduction, and survival in the Panhandle.

“Mule deer populations in the Panhandle have shown an increase, while populations are declining, or at best, remaining stable almost everywhere else,” Janke said. “We believe this localized increase may be due to agriculture. We are trying to determine if there is a difference in the nutritional value of the (cultivated and native) plants, or are the deer picking it just because it’s out here and they have a buffet.” Janke said that three habitat types – brush and cropland, sand dune, and the Canadian River breaks, all of which have varying degrees of agriculture production – are being studied. “These areas mimic the overall topography of the Panhandle. All of the data collected, including deer movement and diet, will enable agency biologists and individual landowners to better understand what is happening, and to make the most informed management decisions.”

Shawn Gray, TPWD Pronghorn and Mule Deer Project leader, is overseeing the study. He emphasized that research results will have a significant impact on mule deer management.

“There’s a high interest in this research project, not only from the department and our partners, but from private landowners as well,” he said. 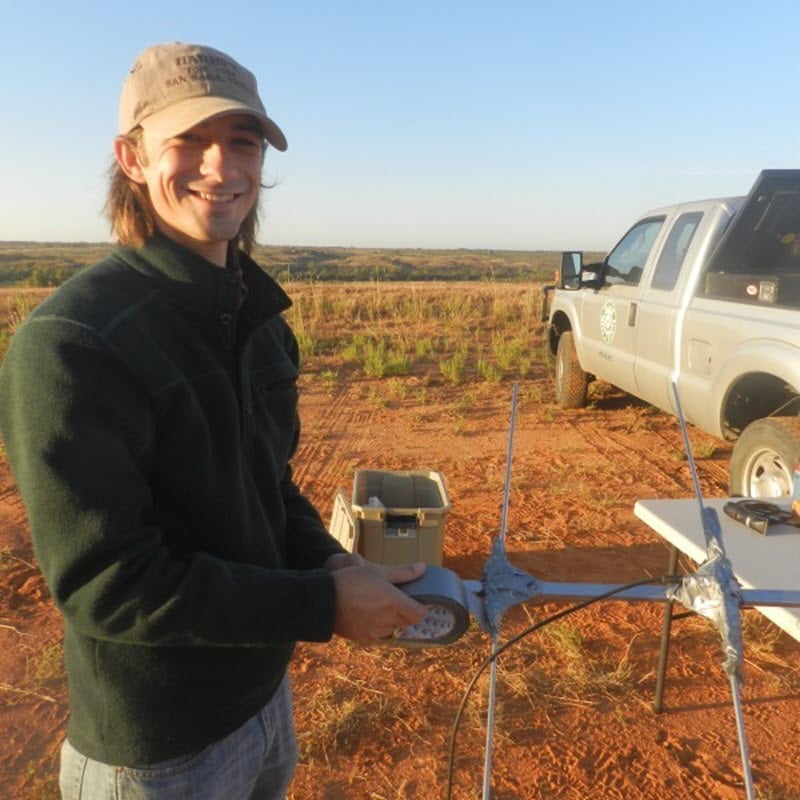