You might say that Matt Hewitt’s interest in wildlife is in his DNA, considering his parents met at a wildlife conference and his great-grandfather, Les Robinette, was an accomplished large mammal researcher in Utah and Colorado. Matt was born in Utah, but just three weeks after he was born, the family moved to South Texas after his dad accepted a job at the Caesar Kleberg Wildlife Research Institute. Matt’s childhood was spent in the rural environs of Kingsville, where his love for the outdoors and wildlife was nurtured by his mom and dad.

He graduated from Texas A&M University-Kingsville in 2017 with a Bachelor of Science in Range and Wildlife Management and worked as a hunting guide and ranch hand while going to school. His first professional internship took him back to his birthplace of Logan, Utah, where he worked during the summer of 2015 at the Millville Predator Research Facility. He conducted an independent research project that involved photographing and cataloguing coyotes. He also had a hand in animal care, including monitoring pup development. That whetted his appetite for learning more about carnivores.

“They’re the top of the food chain and can be charismatic species in the public eye,” said Matt. “As an undergrad, I focused my attention on internships where I could learn more about them.”

During his summer breaks between semesters, Matt worked as a research technician for several Caesar Kleberg Wildlife Research Institute projects. He assisted with feral hog captures and did trail camera maintenance and photo analysis. He also worked on a project involving bobcats and ocelots. In another summer internship, he worked as a bear crew technician with the Louisiana Department of Wildlife and Fisheries. As he finished up his undergraduate degree, there was never a question in his mind that he would continue his education in wildlife management.

“There’s not a huge number of choices in graduate programs for wildlife,” he said. “I had heard really good things about Borderlands Research Institute, and when I learned there was a research project exploring kit fox distribution in West Texas, I jumped on it because it involved carnivores.”

Matt was accepted into the program in 2018, and his thesis work is focused on determining distribution of kit fox in the Trans-Pecos region of Texas. Kit fox are found primarily in the southwestern United States as well as northern Mexico and the Baja Peninsula. Similar to a swift fox, they are nocturnal creatures about the size of a house cat.

“We’re working on several ranches, where we are setting up trail cameras on a two-week basis,” explained Matt. “We’re determining if they are there or not and what habitat is present where they are found.”

Matt’s project began in March of 2018 and the field work will continue until March 2019. He will then write up his thesis and plans on graduating in December 2019.

“Preliminary data confirms that they are out there. Based on available literature, we assumed they would occupy flat open grassland, and so far, we have found that to be true. We also plan on exploring the co-occurrence between kit fox and coyotes to determine if and how they are partitioning habitat.”

Matt is enjoying his time in Alpine but looks forward to the next step after graduate school.

“A PhD is not out of the question, and I wouldn’t be opposed to spending some time as a ranch manager,” he said. “I’m still figuring things out. In the meantime, I’m going to do the best job I can with this kit fox project. I’m fortunate to be able to see a different ranch every weekend. The landowners we work with are amazing. They’ve been very cooperative and supportive of us. We really appreciate it.” 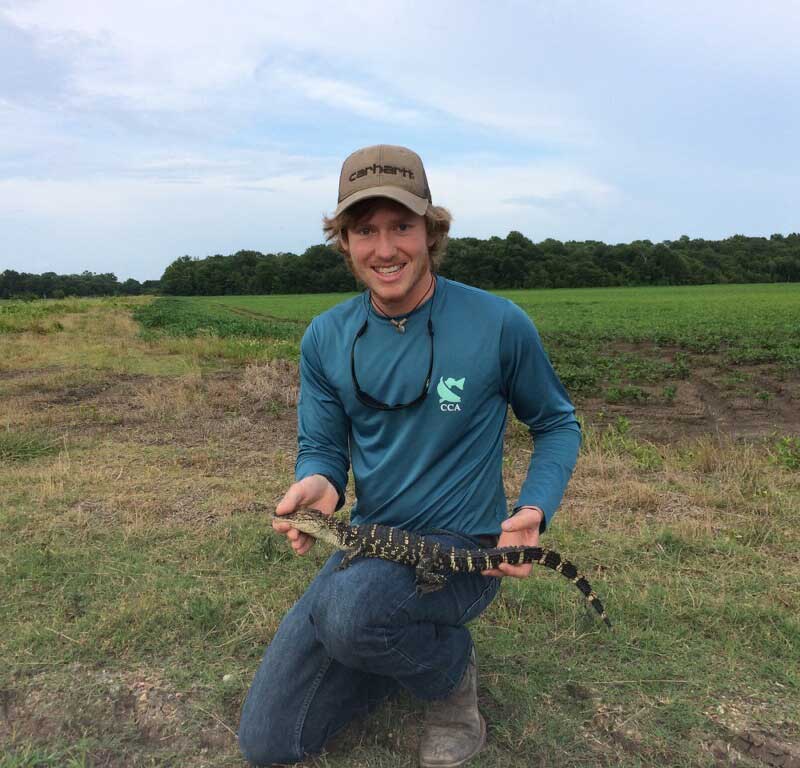