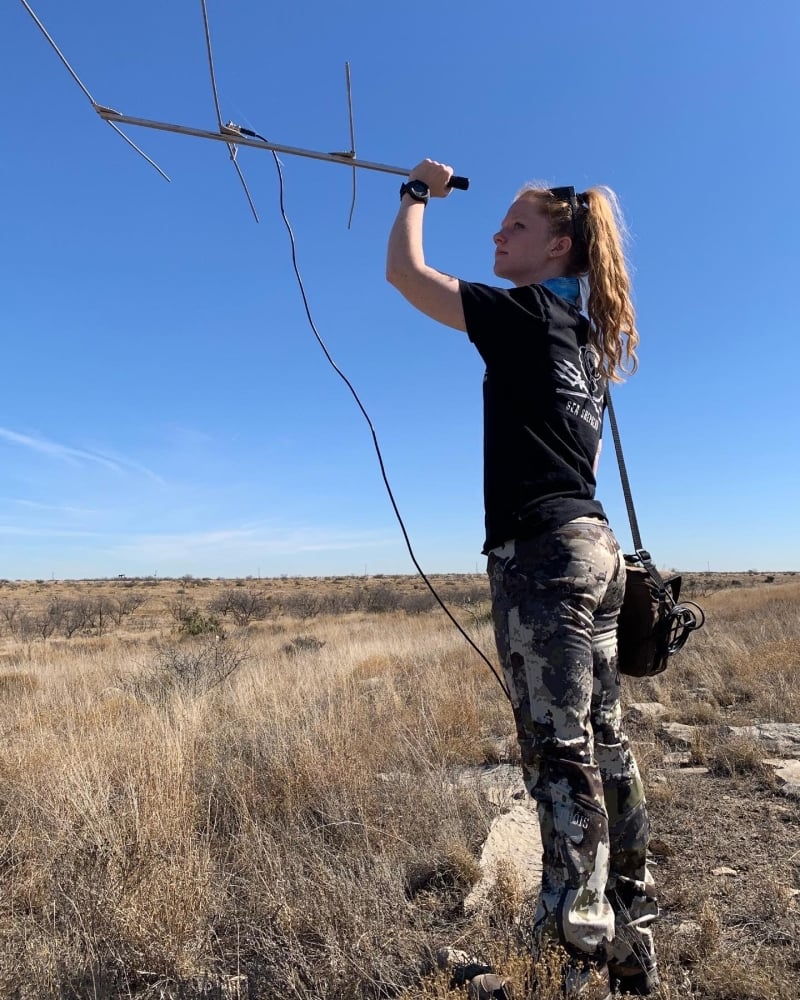 A passion for stats and bats led Erin O’Connell on a winding path to Alpine and the Borderlands Research Institute.

Her original career goal was clinical research, and she graduated with a Bachelor of Science in biology from Wofford College in Spartanburg, South Carolina. She was fortunate to have two study abroad opportunities, in Australia and in Chile. Her affinity for statistics was recognized by her professors, and she worked as a statistics tutor for her last two years as an undergrad. During her sophomore year, her career interest shifted.

“I realized that what I am really interested in is research and biology and natural processes,” she said. “I want to learn more about what is happening in the environment and the sort of relationships that we see in nature.”

During her sophomore year, she stumbled upon the Texas A&M job board, and that led to her first summer job as a bat field technician for an environmental firm in Pennsylvania.

“My job duties included conducting surveys by catching bats, researching population estimates and monitoring the spread of white-nose syndrome, and I ended up falling in love with research and that whole world. My original academic goal was to pursue a PhD, but that experience with bats made me want to do my own research, so I decided to pursue a master’s degree in wildlife biology first.”

She began applying to graduate schools, and though she hoped she could study bats, there were not a lot of available positions focused on bat research. She decided that a more general wildlife degree would be a good first step. Her resume attracted the interest of Dr. Justin French at the Borderlands Research Institute at Sul Ross State University in Alpine.

“I got a call from Dr. French and he told me what intrigued him about me most about my background was my experience as a statistics tutor. Those who know him know that he’s a huge stats nerd, and I love statistics, so we really hit it off.”

It may sound counterintuitive to those of us who are not stats nerds, but for Erin, statistics are a source of creativity.

“There are so many ways to look at something using statistics, and I find that is a creative process,” she said. “I like helping others figure out how to model a particular problem. How can we describe this with math? Because math connects our world in so many ways, but a lot of people don’t really see it. I like to show them this magical world.”

For her graduate thesis, Erin is using multivariate statistics to explore the movement behavior of translocated and resident populations of pronghorn in West Texas. 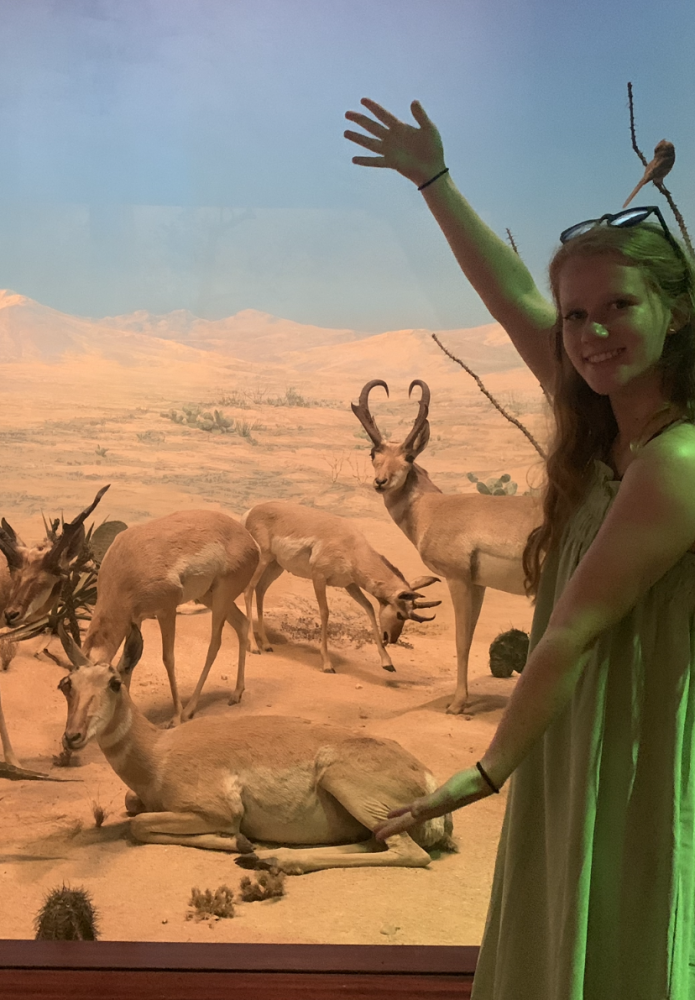 “I’m studying the space use of pronghorn. I’m specifically looking at how translocated pronghorn respond to the translocation and how they select for habitat in comparison to the residents that we also have collared.”

Erin hopes to graduate in the fall of 2022, and her next move will be a PhD program. She’s open to just about anything, with one caveat.

“I’ve made some awesome contacts in the academic world and I’m hoping to connect with professors around the world who are using multivariate statistics in novel ways to model animal movement. I loved my unique study abroad experiences, and I am willing to go just about anywhere, as long as there are bats there.” 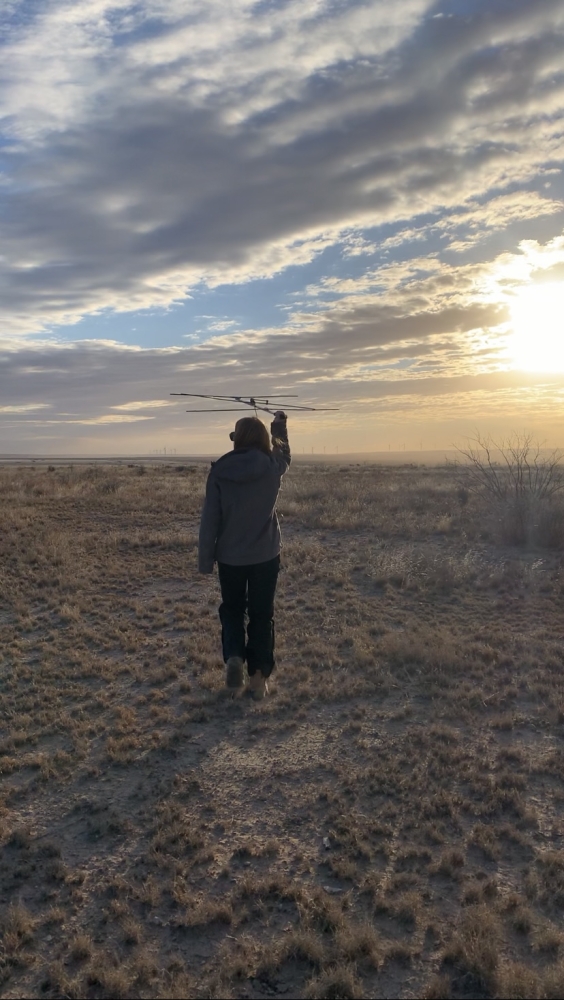