So far, three groups of six students each have participated from UACH, with one more group planned for this summer. The exchange was funded through a grant from 100,000 Strong in the Americas Innovation Fund and its partners, the U.S. Department of State, Fundación Banorte, and Fundación Gruma, as part of the dynamic public-private sector collaboration between the Bureau of Western Hemisphere Affairs at the U.S. Department of State and Partners of the Americas. The organization works with companies, foundations, regional government entities, and academic networks in the United States and the rest of the Western Hemisphere to create innovative, sustainable partnerships that provide access to new models of academic exchange and training programs in the Americas. 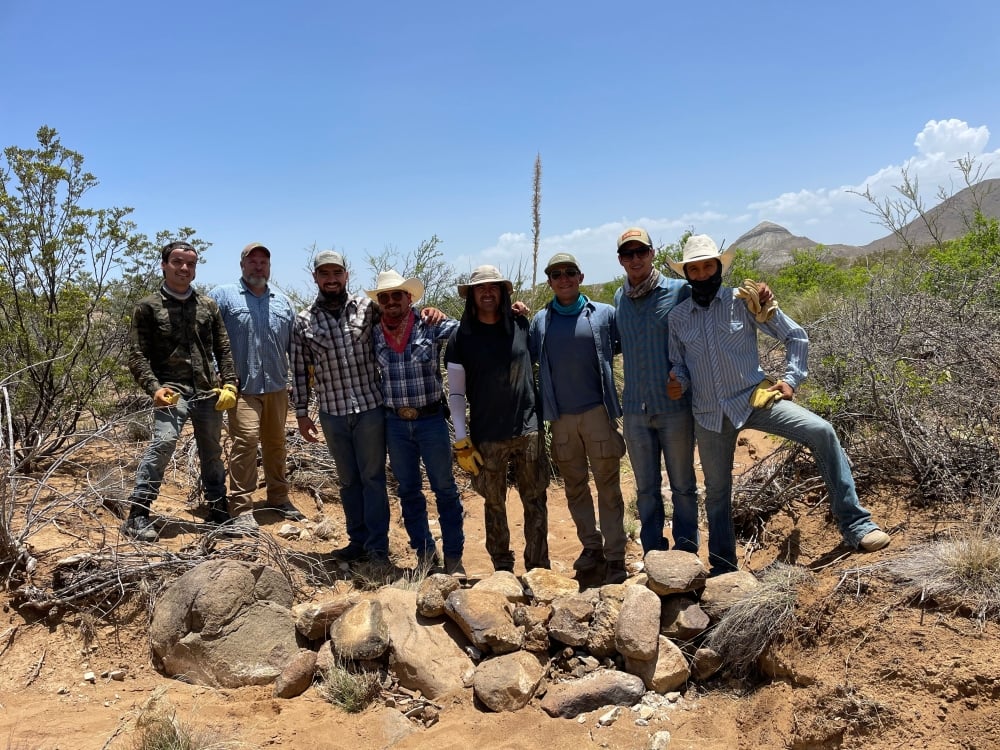 Natural dams are a simple erosion control measure to help slow the flow of water in arid landscapes.

The grant paid for meals, lodging, and the students’ travel within the region. It also provided the students with some supplies, including backpacks and binoculars.

Students stayed in Alpine for six nights and visited all of the ecoregions represented in the Big Bend, from the mountaintops to the desert floor. In addition, they toured Sul Ross State University and the Alpine downtown district.

Although only separated by about 240 miles and a 4-hour drive, this marked the first time the two departments have collaborated in this way. 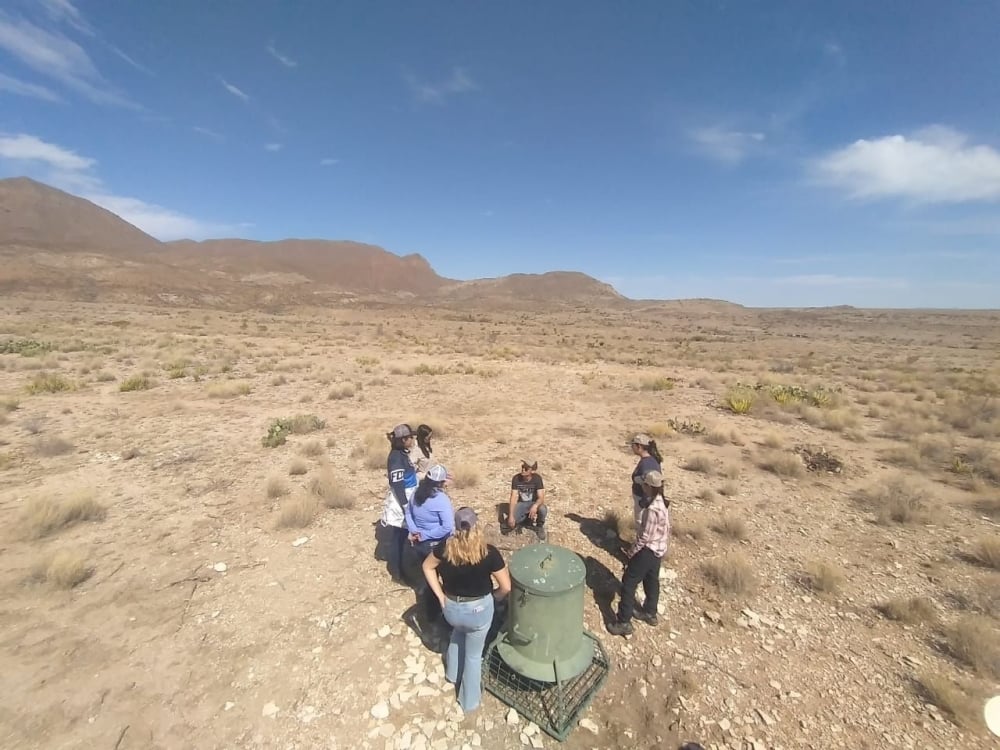 Vast landscapes of the Chihuahuan Desert are familiar to both sides of the border.

Both universities are adjacent to large swaths of wilderness, with Big Bend National Park and Big Bend Ranch State Park on the U.S. side of the border and the Cañón de Santa Elena Flora and Fauna Protection Area on Mexico’s side. Additionally, the ranching lifestyle is very active in both regions, with the cattle industry making up a large portion of local industry, which has helped keep sizeable sections of land from being intensively developed or broken up.

The universities are ripe for collaborative research and academic kinship, something professors from both colleges are looking for ways to continue.

“It’s an opportunity to showcase our different challenges, different laws, and the differences in how people apply resource management. But at the end of the day, we have the same goal—to sustainably manage resources over long periods of time,” Gonzalez said.

Students saw water management projects as part of their tour.

Gonzalez has personal connections to UACH and knows firsthand where many of the students are coming from and the impact this program can have.

Gonzalez was born and raised in Chihuahua City. His father received an undergraduate and master’s degree from UACH. Gonzalez would have followed in his father’s footsteps and attended UACH, if it were not for his own introduction to Sul Ross State University and BRI at a young age.

When he was 15, Gonzalez tagged along with an older friend who was enrolled as a master’s student at Sul Ross State University. As a result, Gonzalez had a unique opportunity to volunteer on quail research with the Natural Resource Management department for that summer. The experience introduced him to wildlife management as a career possibility, something he had never considered. He was so inspired that he pursued wildlife management degrees at the undergraduate, master’s, doctoral and post-doctoral levels, and later returned to BRI as one of its primary research scientists.

With this in mind, Gonzalez showcased as much of the wildlife and conservation research to the visiting students as possible. The tour began in the sky islands of The Nature Conservancy’s Davis Mountains Preserve. Here, students were introduced to the idea of conservation easements, a tool that isn’t yet utilized in Mexico. It was eye opening for many to see career paths in land management outside of agriculture.

Students visited with conservation agencies throughout the Big Bend, including the ranches of the Dixon Water Foundation in Marfa, to see the results of restoration projects.

“Grass evolved to be grazed,” Gonzalez said. Overgrazing can cause damage to the landscape in the form of erosion and habitat loss, but if grass is undergrazed, other problems arise. Without grazing, grasses can die off. However, if grass is grazed appropriately, there is better regrowth. Researchers are finding the happy medium of grazing, which encourages healthy grasslands, and in turn supports bird species and other wildlife. “They are using this response to benefit the ecosystem,” Gonzalez explained.

The tour included opportunities to work hands-on with restoration materials, like these wattles, used on landscapes to slow the flow of water and help build up soil.

Dr. Mieke Titulaer, Faculty of Zootecnia y Ecología at UACH, said there are more students interested in collaborating with BRI than there are spots available. “They talk about it when they come back,” she said.

Titulaer hopes to expand the program to allow students to participate in research or enroll in classes. She also wants to host BRI students at UACH.

“The ecosystem is so similar on both sides of the border and we’re trying to conserve the same thing,” she said.

To learn more about 100,000 Strong in the Americas, visit www.100kstrongamericas.org.