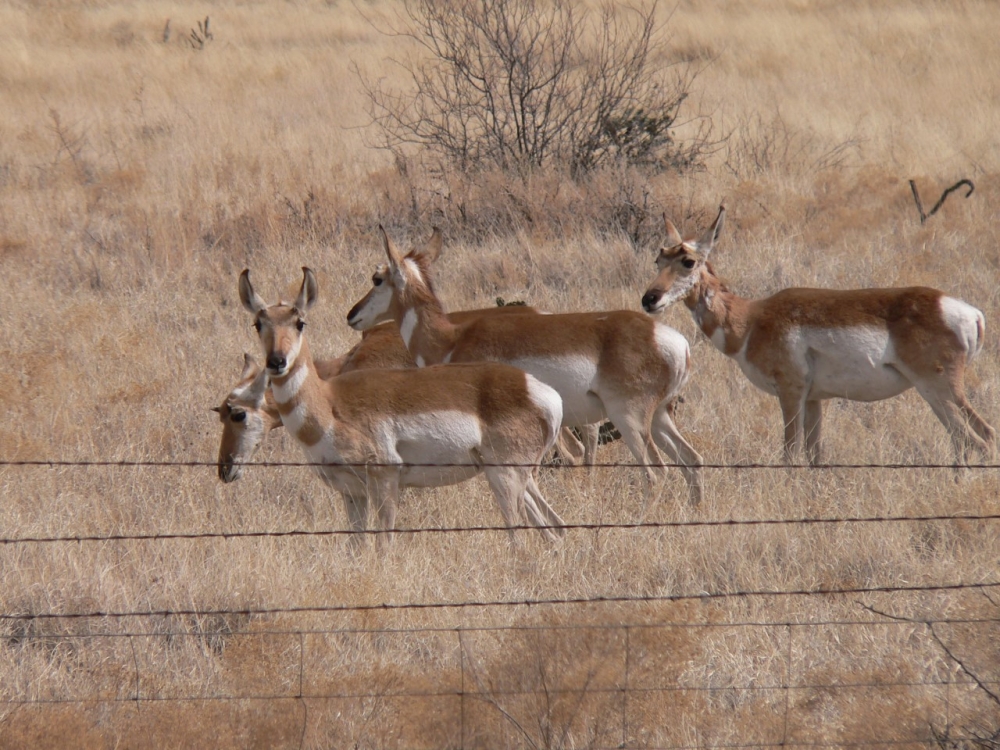 Pronghorn once occupied nearly all of Texas, but their range is much smaller today, in part due to drought, restrictive fencing, and anthropogenic expansion, all of which contribute to habitat loss. In 2011 Texas Parks and Wildlife Department (TPWD) began a tremendous long-term program to restore pronghorn in the Trans-Pecos, partnering with Borderlands Research Institute, Texas Parks and Wildlife Foundation (TPWF), landowners, and other conservation organizations to monitor and learn from these efforts.

Restoration efforts are complex and challenging to implement, particularly when animals must be moved from surplus populations to augment declining ones, a process known as translocation.

Pronghorn strongly rely on their memory of the landscape, what we call a cognitive map, to choose habitat. We thought that translocated pronghorn would learn from residents to develop their cognitive map, benefiting from the residents’ experience. Instead we found that translocated pronghorn readily crossed modified fences and moved freely throughout the ranch, whereas residents, by and large, did not. The memory of past restriction still limited their use of the landscape. This is of great concern to biologists and managers because without connectivity across the ranch, it is increasingly difficult to increase pronghorn populations with physical barriers like fences preventing movement. In this situation, the naivety of translocated pronghorn toward fences is advantageous as they are not restricted to one pasture. This allows them to be more selective, better balancing the energetic costs and risks of moving more to find resources. This also allows them to colonize areas beyond the limits of the resident population, expanding the species’ range in the state. Somewhat ironically, naivety turns out to offer a management benefit for pronghorn restoration. Translocated pronghorn might be able to teach the residents something new about finding greener pastures.

Continued monitoring, in both the short- and long-term, is key to determining the success of these efforts. We are grateful to our partners at TPWD, TPWF and the Rocker b Ranch for their commitment to the success of Texas pronghorn.