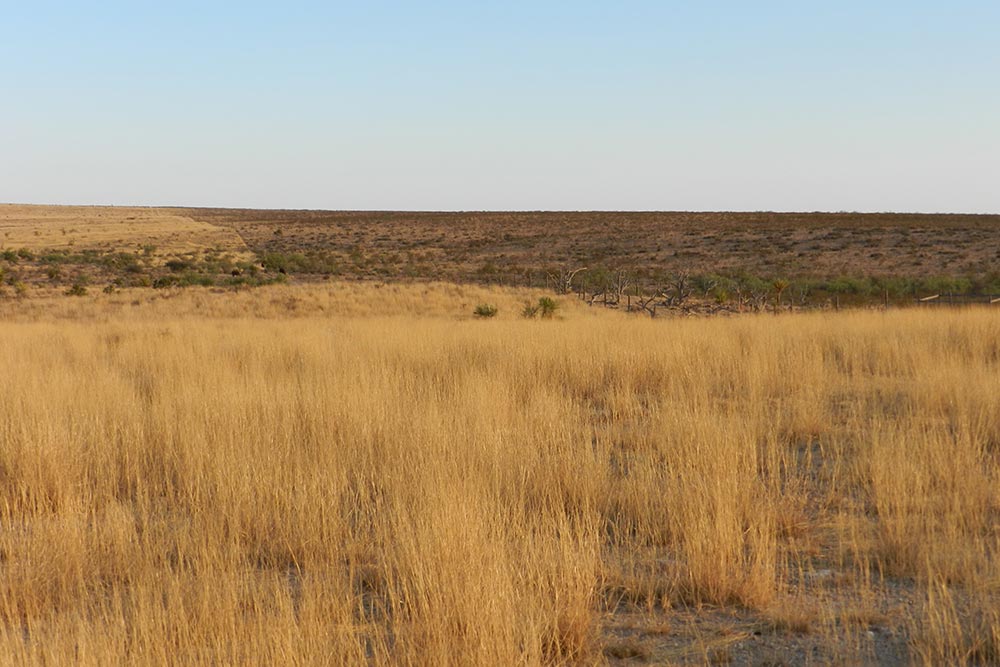 Though creosote bush is a species indigenous to the southwest, it can be problematic when it invades areas of degraded grasslands.

An evaluation of Spike 20P for Restoring Desert Grasslands in Trans-Pecos, Texas

In the Trans-Pecos region of Texas, drought, climatic change, overgrazing by domestic livestock and suppression of grassland fires have changed historic grasslands to desert scrublands with a mix of short grasses and brush species. The encroachment of woody plants is responsible for reduced forage production having adverse effects on some livestock operations and key wildlife species, such as scaled quail, mule deer and pronghorn antelope. Additionally, shrublands are more likely to have accelerated wind and water erosion rates, compared to desert grasslands.

Spike 20P is an herbicide, with active ingredient tebuthiuron, that is increasing in use in the Trans-Pecos because of it’s effectiveness at controlling brush species like creosotebush and tarbush. The effects of Spike 20P were tested on brush species across six plant communities at Elephant Mountain Wildlife Management Area, and the return of grasses and forbs was monitored post-treatment. At a lower concentration of tebuthiuron, woody brush species are more sensitive than grasses or forbs. Effectiveness was tested at various application rates based on manufacturer recommendations for each plant community and control sites were established to monitor vegetation that was not treated with Spike 20P.

Based on our results, Spike 20P is very effective in killing most invasive brush species targeted in the study, with the exception of mesquite. At application rates of 0.84, 1.12, 1.68, and 2.24 kg active ingredient per hectare, average grass coverage was 22.05%, 23.66%, 30.65%, and 28.48%, respectively. Average forb cover was highest in the two control plots, and forb canopy cover was lowest at the 2.24 kg active ingredient per hectare application rate, indicating unintended effects on non-targeted plant species (e.g. preferred deer browse). Mortality rates on creosotebush were between 51% and 73%, and tarbush mortality rates were between 88% and 100%. Spike 20P was also effective at controlling mariola, whitebrush, whitethorn acacia and catclaw mimosa.

Overall, we found that Spike 20P can be a useful tool in restoring desert grasslands by reducing the amount of woody invaders without having negative effects on grasses and only minimal effects on forbs. To avoid unintended effects on areas where there is an abundance of valuable browse species, we recommend that resource managers apply Spike 20P with individual plant treatments or backpack sprayers that allow more control of distribution.