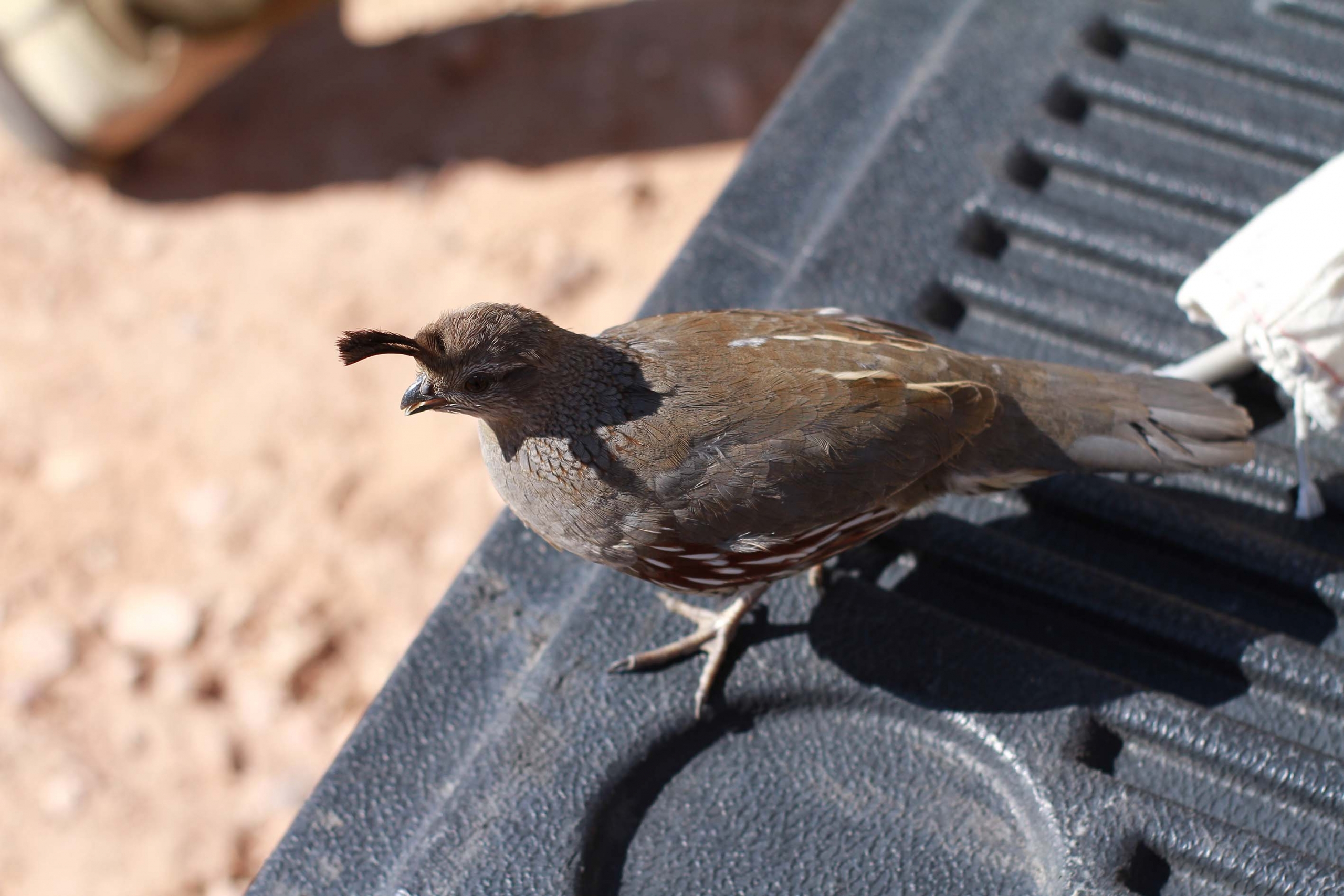 Survival, predation, and habitat use of Gambel’s quail in the Trans-Pecos

Gambel’s quail populations in the Trans-Pecos have been decreasing over the last few decades. Historically, quail populations are primarily affected by habitat changes or habitat loss; however, loss due to predation can also be a contributing factor to overall population declines. For this study, we aimed to understand how predators and habitat use affected quail survival by capturing 134 female Gambel’s quail on the Lado Ranch in the spring of 2014 and 2015. Funding for this research was provided by the Lado Ranch, Quail Coalition, and Quail Forever.

Of the avian induced mortalities, one predator species was positively identified due to the radio transmitter being recovered from a great horned owl’s (Bubo virginianus) nest. Regarding the mammalian predators, the predatory species could not be credibly identified; however, we found signs attributed to bobcat (Lynx rufus), coyote (Canis latrans) and grey fox (Urocyon cinereoargenteus).

Overall, during the study period we found quail survival rates to be 53%, which is representative of most Gambel’s quail survival studies. Although survival rates were relatively high, predation was and continues to be a factor. Traditionally, predator control has been regarded as a primary management tool for quail. However, we suggest habitat management may be a more applicable management strategy for increasing quail populations.

Gambel’s quail are often associated with riparian areas and the associations of thick, brushy and thorny vegetation, such as catclaw mimosa or mesquite. We suggest that conservation of these habitats may be essential for implementing sound Gambel’s quail management strategies. By managing the habitat, one can also increase concealment cover which should reduce potential predation events.