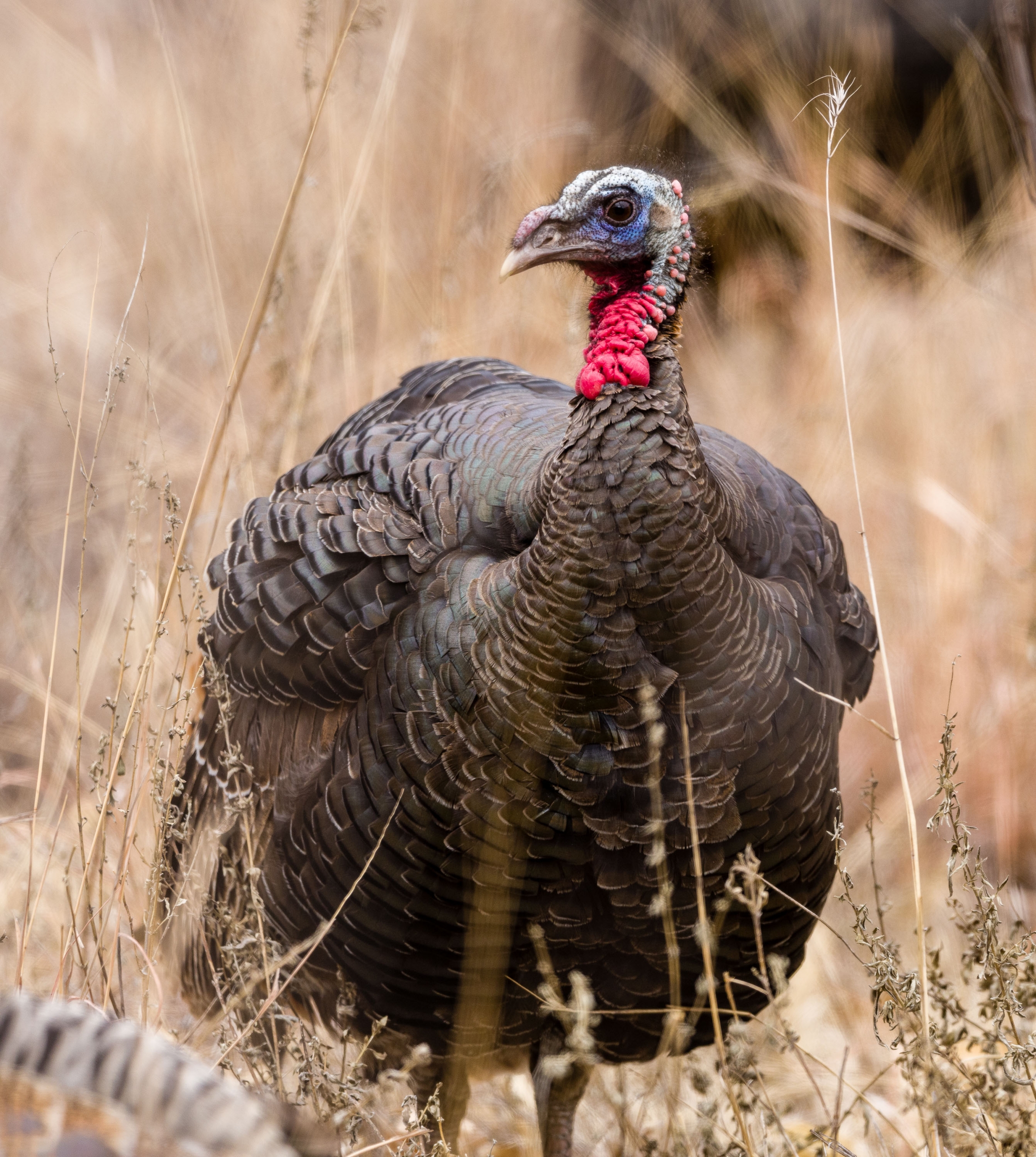 Rio Grande wild turkeys (Meleagris gallopavo intermedia) were once a prolific subspecies of upland game bird occupying several southwestern states, including Texas. In southern Brewster County, populations were lost due to a combination of overharvest and degradation of the riparian habitats they rely on. Previous restocking efforts have been made; however, survival results have varied. We attempted to restock turkeys from healthy populations in the Panhandle region of Texas to southern Brewster County.

We captured turkeys by using a combination of drop-nets and rocket nets over baited areas. We translocated 14 hens and three tom turkeys on a ranch along Terlingua Creek. We equipped the turkeys with GPS radio transmitters and monitored the turkeys via VHF telemetry through the spring and summer seasons.

At the conclusion of the study, we found that the turkeys had a survival of 40%, with the largest change in survival happening around the ninth week of reintroduction. The majority of turkey mortalities were attributed to predation, likely due to fewer roosting trees available and therefore their increased reliance on ground roosting. We also found that the turkeys had an average home range of 72,308 acres, almost three times what is typically reported in literature. The large home range suggests that the turkeys did not settle and found the habitat to be unsuitable.

Based on these observations we suggest that appropriate management strategies include improving available habitat, such as vegetation types typically associated with riparian areas. In order to have site fidelity after release, Rio Grande turkey habitat should include numerous suitable roosting trees, standing water, and large foraging areas that also include ample vegetation to conceal nests. These factors should reduce turkeys’ home range size and tendency to explore.