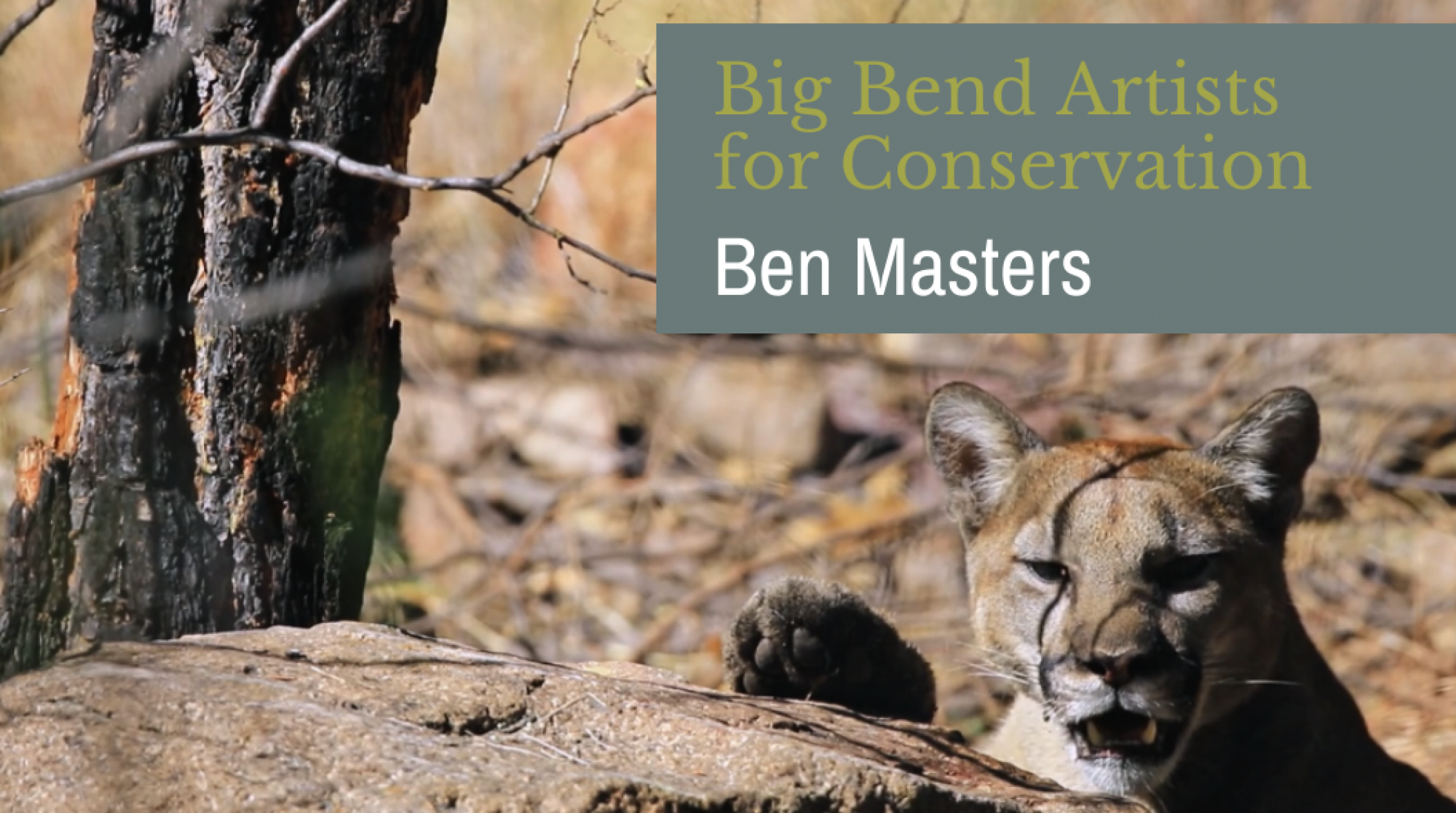 Filmmaker Ben Masters believes in the power of a documentary to affect hearts and minds.

“I like to equate it to going to church,” he said. “It’s one of the only places that you have to turn off your cell phone and pay attention to what’s in front of you. A filmmaker can weave the power of a story, music, visuals and emotional flow to just captivate you. It’s a powerful tool that can show people things they wouldn’t normally see.”

Masters has crafted a career making films specializing in wildlife and adventure stories. He is most known for directing the feature-length documentary The River and The Wall, which was a SXSW award winner in 2019. His first film, Unbranded, was released in 2015, and was honored with the Audience Choice Award from the Telluride Mountain Film Festival. He is currently finishing up production on Deep in the Heart – A Texas Wildlife Story, which will be released in 2022.

He has also produced a number of short films that have focused attention on wildlife in the Big Bend region of West Texas. Those films include Return of the Desert Bighorn, Pronghorn Revival, and Lions of West Texas. For these films, he partnered with Texas Parks and Wildlife Department biologists, researchers from the Borderlands Research Institute at Sul Ross State University, private landowners, and many nonprofit funding partners. For Masters, it has been a labor of love.

“Texas is my home and to get to tell these types of stories of conservation hope, peeling back the onion of all the mysteries that exists in the natural world, it’s a real privilege to get to do what I do,” he said.

Masters will be the first to tell you that he stumbled into his filmmaking career, though galloped might be a better descriptor. After graduating from Texas A&M with a wildlife biology degree, Masters embarked on a 3,000-mile trip with three college friends that took him from Mexico to Canada on the backs of wild mustangs adopted from the U.S. Bureau of Land Management. The celebrated film delved into the controversy about wild horses in the West, and his wildlife biology background helped him explore and explain the complicated topic.

“With Unbranded, I saw firsthand the power of a documentary, and wanted to make another one,” said Masters.

He credits the team he works with, and is learning more about the art of filmmaking with every project he takes on.

“Filmmaking is a team sport, and I’m fortunate to be aligned with some of the best editors, cinematographers and musicians in the country,” he said. “Everyone on the team plays an integral role in the final product. I’ve been working on refining the stories I want to tell, and that takes an understanding of the subject matter. Having a wildlife biology degree has given me a leg up understanding how wildlife works, how to read scientific papers and how to communicate with researchers to get a good grasp of a particular species or behavior, and be able to develop that story.”

The Borderlands Research Institute (BRI) has worked with Masters on several productions, and has been involved with his Wild Texas Film Tour, which took place in 2019 across Texas and virtually in 2020. The film tour showcased short films on a variety of topics, and BRI’s director, Dr. Louis Harveson, participated in several of them.

The Borderlands Research Institute is launching a new initiative to showcase the work of artists who are inspired by the landscapes and the wildlife of West Texas. Big Bend Artists for Conservation aims to inspire conservation through art, and is kicking off the series by turning the spotlight on Ben Masters.

“One of the things we’ve realized in working with Ben and other artists over the past few years is how important their work is in creating awareness of what needs to be conserved,” said Harveson. “Watching a film, appreciating a piece of artwork, admiring a masterful photograph that is focused on the beauty and grandeur of the Big Bend region of West Texas helps connect us all to what we love. We’re thrilled to focus attention on the work of Ben Masters and others who inspire us through their art.”

Masters is quick to turn the spotlight back to Harveson and other researchers who have been working for decades in West Texas.

“These guys are some of my heroes,” said Masters. “They are out there putting wildlife back on the landscape and it’s just a real honor to get to work with them. Our aim with our films is to get people to care about wildlife and wildlife habitat, and get them motivated to do what it takes to help conserve it. I’m honored to be part of this.”

Learn more about Ben Masters and his film projects at finandfurfilms.com. 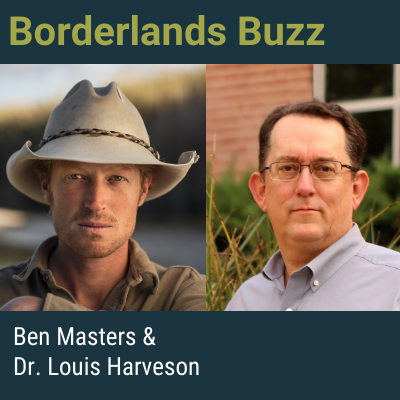 Listen to Episode #5 of the Borderlands Buzz podcast and hear Ben Masters and Dr. Louis Harveson discuss Ben’s career and the impact he’s had on wildlife in the Big Bend region. 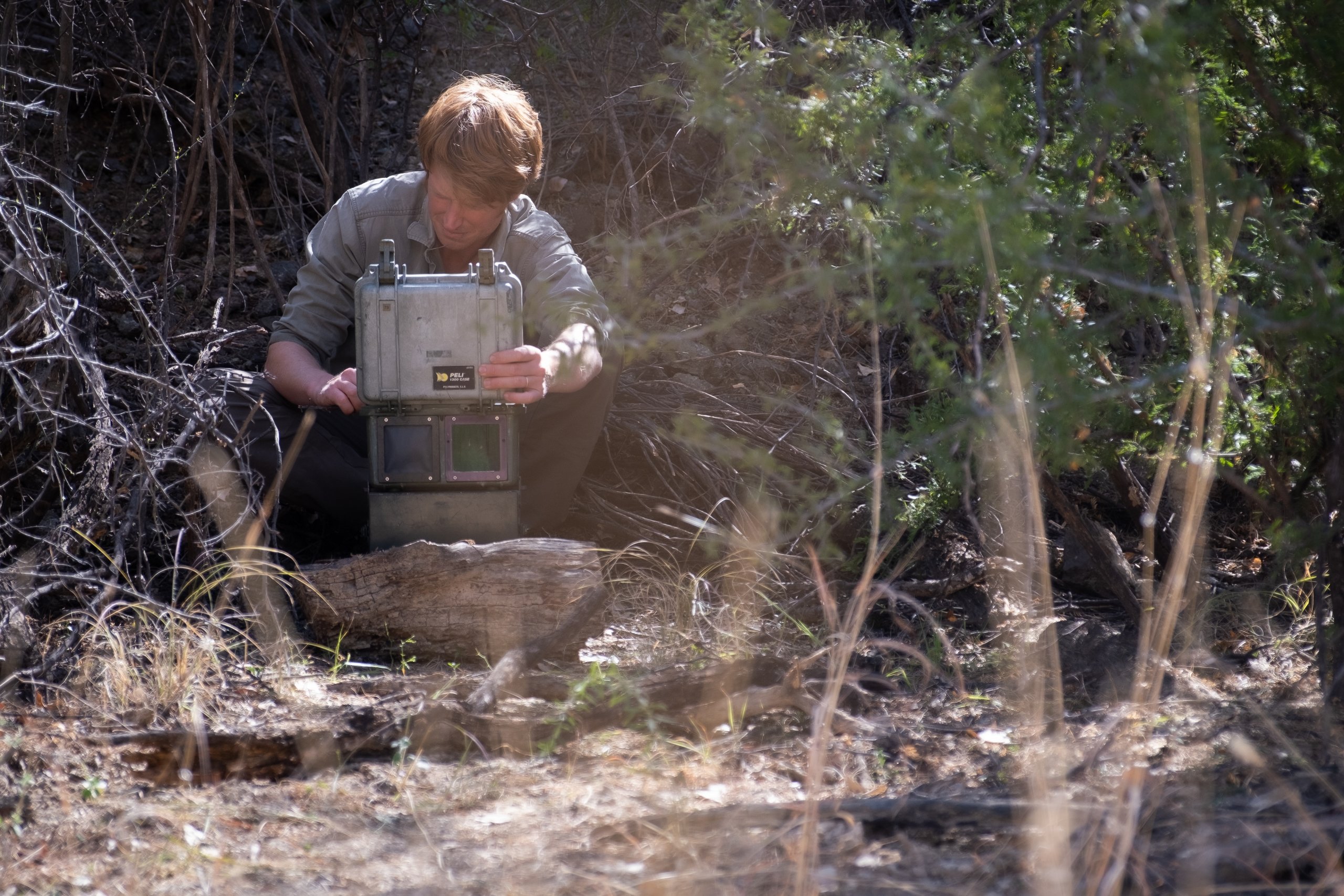 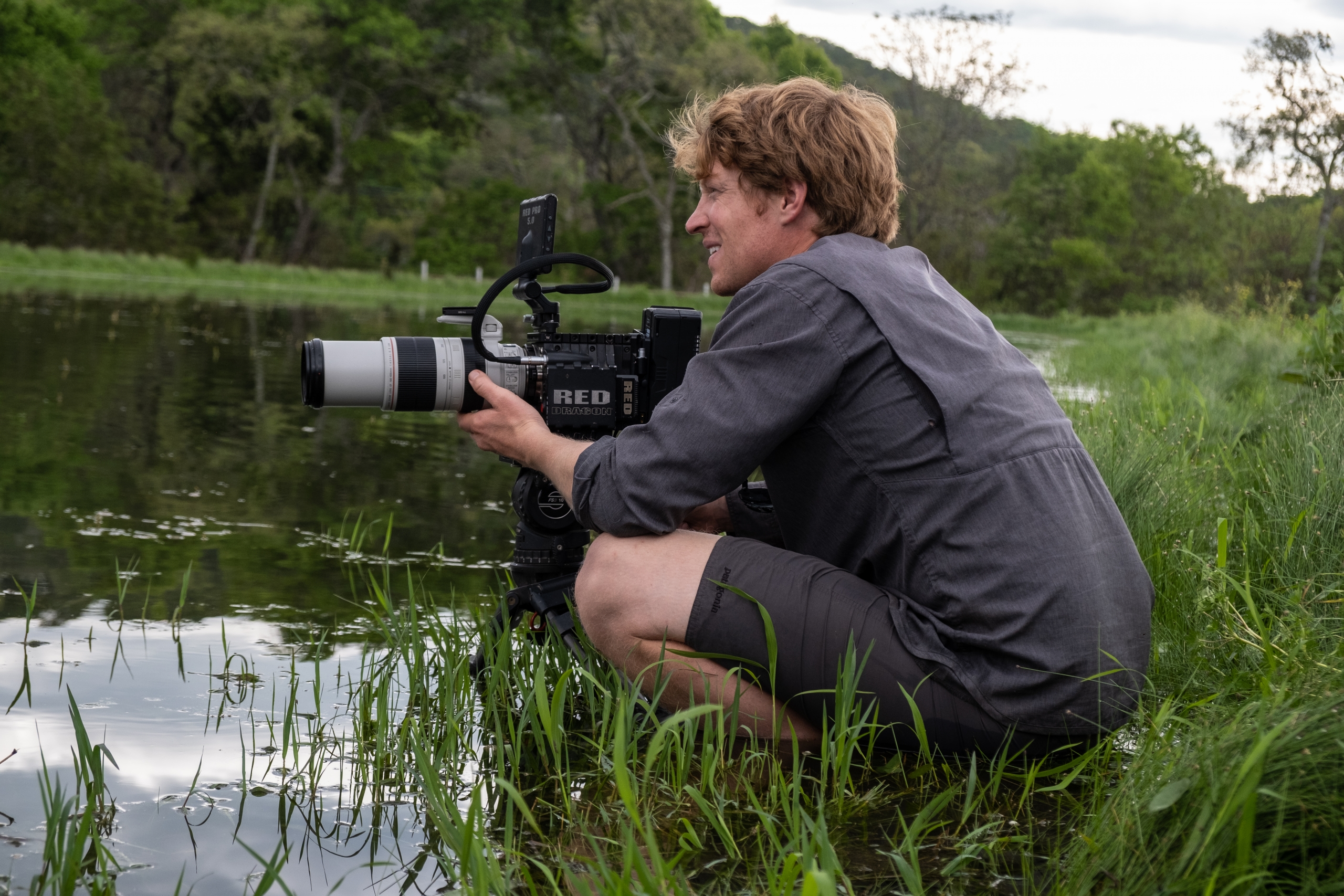 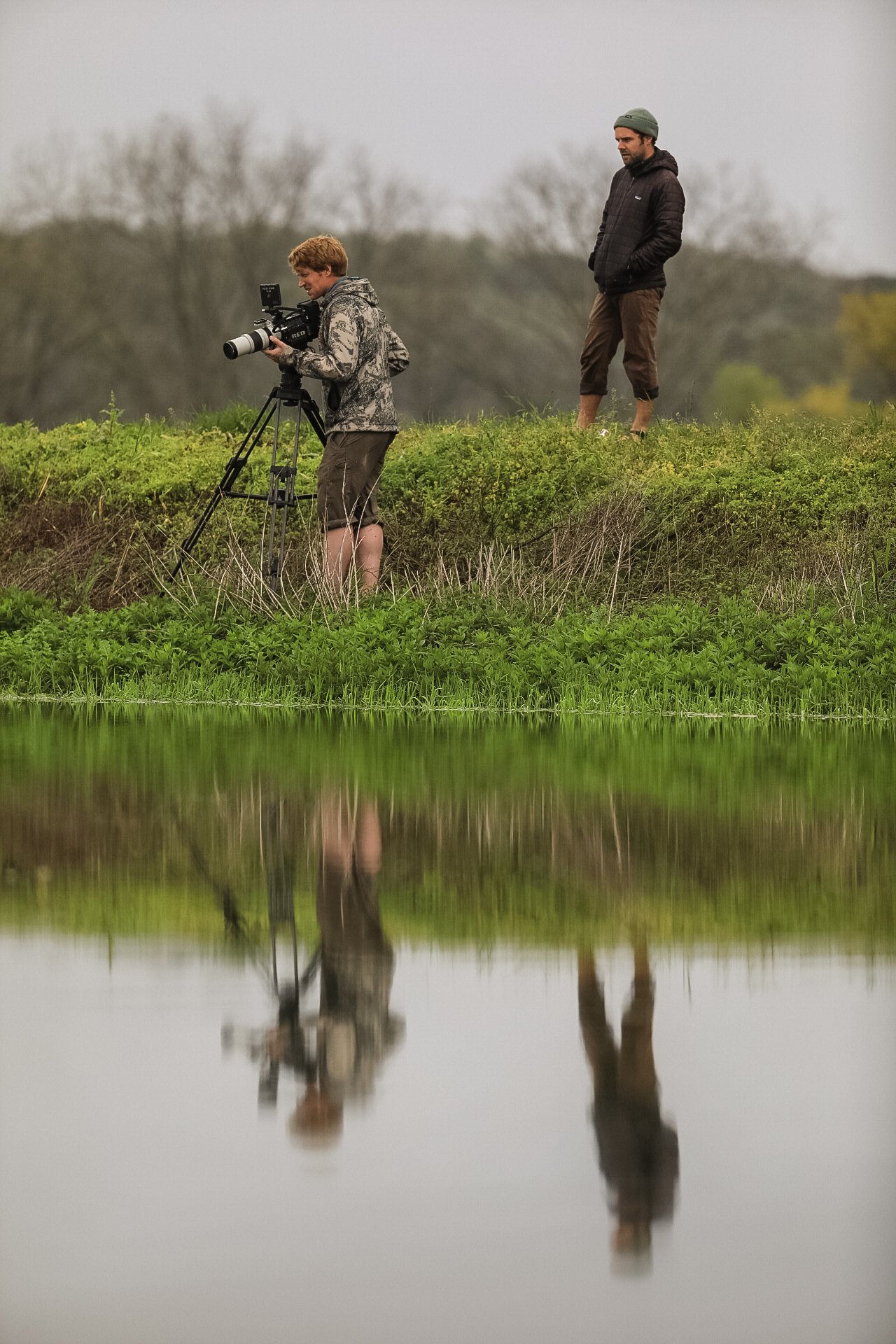